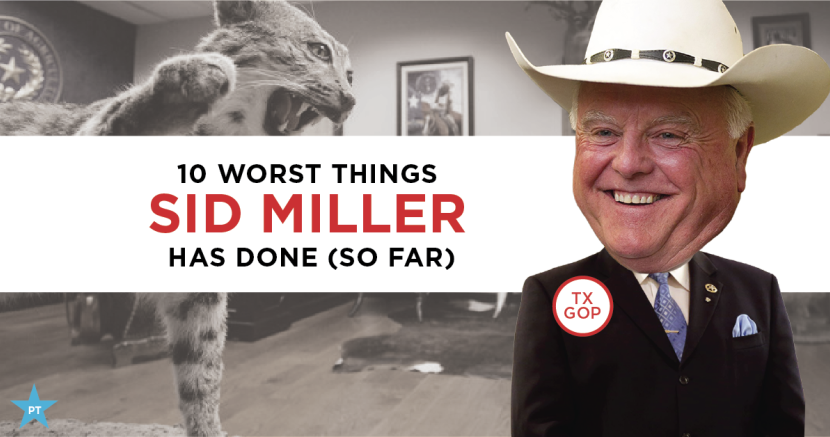 In a state full of offensive, law-breaking Republicans, Sid Miller somehow stands out from the field.

Miller is the Republican Agriculture Commissioner for the State of Texas and a former State Representative who once passed a law that lets you shoot feral hogs from helicopters.

Elected to statewide office in 2014, Sid Miller prides himself on being a professional calf roper. But taking a look at what he's done with his time in office, "rodeo clown" is the title that probably fits him best.

Without further ado, here's the ten worst things Sid Miller has done in office - so far.