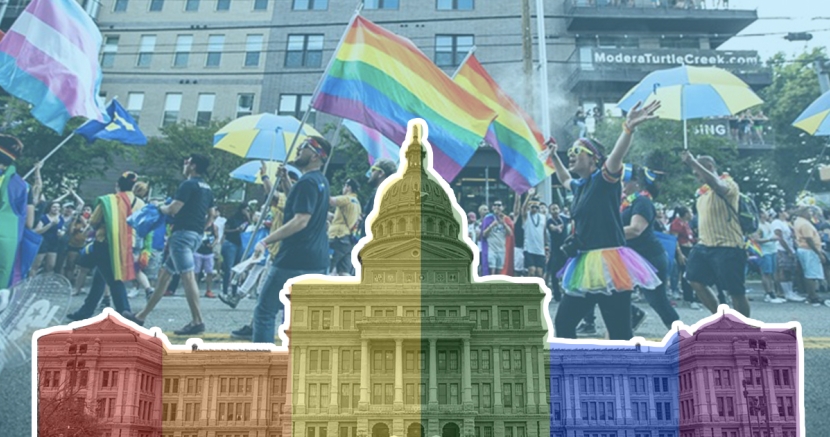 This week, the U.S. Supreme Court ruled that firing someone for being gay or transgender is a violation of Title VII of the Civil Rights Act.

In the decision, the Court makes it clear that there’s no place for discrimination against LGBTQ employees in the workplace:

"We do not hesitate to recognize today a necessary consequence of that legislative choice: An employer who fires an individual merely for being gay or transgender defies the law."

While SCOTUS’ ruling was a huge victory and sets us on the path toward full equality, Texas still does not have a nondiscrimination law protecting queer Texans in other areas such as housing, education, and health care.

It’s clear that the fight for LGBTQIA+ rights in our state is far from over, but the Texas legislature has the power to make significant change.

No person should be discriminated against because of their gender identity or sexual orientation. Texas must expand the protections guaranteed by the Supreme Court’s ruling by passing a statewide LGBTQIA+ nondiscrimination law.

Lawmakers have tried to do this in previous legislative sessions, but faced opposition from Republicans in both the Texas House and Senate.

Texas lawmakers can and should get on the right side of history by expanding these protections now that SCOTUS has made its position clear. A bipartisan group of state House members has already announced plans to file legislation that would extend nondiscrimination protections to queer Texans. The author of the bill, Rep. Jessica Gonzáles (D-Dallas), is also a member of the LGBTQ Caucus that made big waves during the 2019 legislative session.

In a statement following the Supreme Court ruling, the LGBTQ Caucus said they'll continue to work on comprehensive anti-discrimination laws during the next legislative session and hope to see protections for housing, adoption and health care.

At the national level, the Equality Act also aims to establish similar protections but has not been able to pass Congress.

All queer folks deserve to live their lives — to provide for themselves and their families, to live in a safe place, and to access public spaces — without the fear of being discriminated against. It’s time that our lawmakers extend necessary protections to queer Texans to make that vision a reality.

Support our ongoing fight for full equality and we’ll send you our 2020 Pride Month sticker pack.