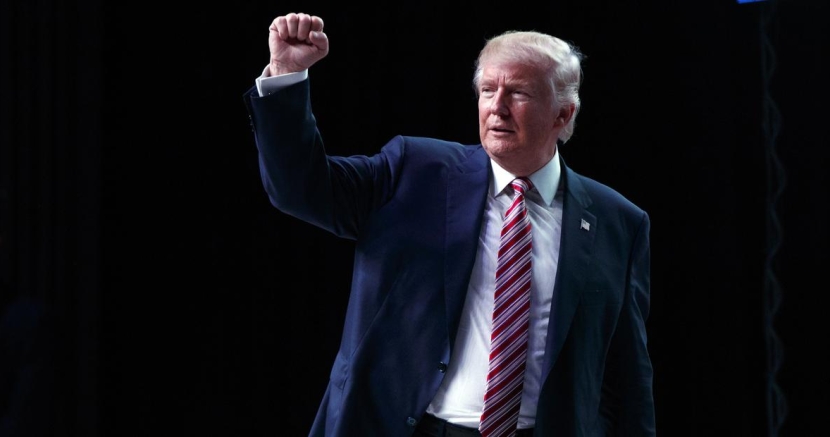 In Texas, 2 in 5 women have experienced sexual assault.

Last week there was no escaping Donald Trump’s sexually explicit “locker room talk.” Widespread reaction to Trump’s comments seemed to fall within two groups: those who were disgusted by his words and questioned his character, and others who dismissed his comments as nothing but “boys will be boys” banter.

And while to accept the latter is to normalize rape culture, even the former group doesn’t adequately capture this: the actions reflected by Trump’s words aren’t just lewd. Donald Trump openly boasted about sexually assaulting women. An actual criminal act. Ten women have since bravely come forward to accuse Trump of sexual assault. A crime he has openly boasted about committing.

In Texas, 2 in 5 women have been sexually assaulted.

Focusing on the vulgarity of what he said instead of calling his actions what they are — sexual assault — shows that we as a country do not have a clear understanding of what sexual assault is.

Sexual assault is, by definition, “contact or behavior that occurs without the explicit consent of the victim.” Often, the perpetrator uses their power or status to assert control over their victim-- which is exactly what Donald Trump bragged about in using his celebrity status to grab women’s bodies.

In debating the salaciousness of Trump’s comments rather than acknowledging his actions as part of a massive systemic problem, we are accepting sexual assault as a commonality — an inevitable occurrence — in our society.

These number should shock you: 6.3 million Texans have experienced some form of sexual assault  in their lifetime — 40% of Texas women have been sexually assaulted.

Recently, students at Baylor University made a statement about the school’s mishandling of sexual assault reports with a “Sweep-It-Under-The-Rug” parade float.

Baylor, which profits heavily off of its football program, failed to investigate allegations of sexual assault brought against a few of their football players. The school chose, as the parade float alludes to, to sweep the assaults under the rug in order to not tarnish the athletics program’s popularity nor the school’s name.

The problem of sexual assault isn’t limited to college campuses. While the Brock Turner case out of California sparked national outrage, there have been multiple accounts of rapists in Texas not getting the sentences they deserve.

Most notably was the 2014 case in which a judge gave the rapist, who faced a maximum sentence of 20 years in prison, a light sentence of 5 years probation. When asked why, the judge “implied the [victim] had been promiscuous and said she based her decision partially on medical records that showed the victim had three sexual partners and had given birth to a baby.”

For victims, sexual assault can not only be uncomfortable to talk about, but also stigmatizing and alienating. Victims experience fear of retaliation, of not being believed, and of being blamed.

While 10 women have come forward so far with sexual assault allegations against Trump, they did so with heavy backlash. The outcry against them — much of it stemming from Trump himself — is a public example of why many survivors don’t come forward, and why sexual assault is so secretly pervasive in our society.

It is the very definition of perpetuating rape culture — the way our society creates an environment that encourages male sexual aggression, a climate in which victims are blamed and sexual offenders are not held accountable for their actions.

The more we, as a nation, talk about sexual assault and point out instances of sexual assault the easier it will be to tackle the systemic issue; and acknowledging Trump’s actions for what they are — sexual assault — is a step in the right direction.