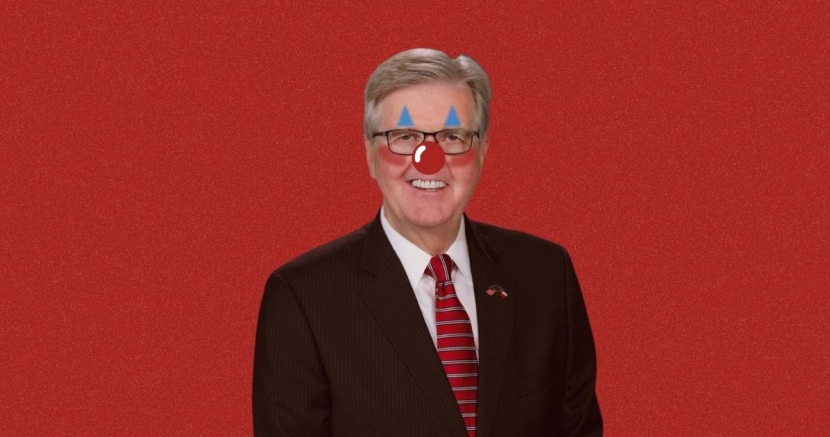 As Dan Patrick blames Black Texans for COVID surge, the real culprit is his own party

It’s a lot easier for GOP leaders to blame people of color than admit they screwed up.

If there’s one thing Texans can always count on, it’s Lieutenant Governor Dan Patrick embarrassing our state on Fox News. Last year, he suggested we sacrifice our grandparents for the sake of the economy. This time, he’s blaming Black Texans for the spread of COVID-19.

According to Patrick, Democrats are “doing nothing for the African American community that has a significantly high number of unvaccinated people," while Republicans are encouraging “people who want to take it to take it.” Of course, he’s ignoring the fact that the racial group with the highest number of unvaccinated people is white Texans. Plus, 35% of Republicans said they would not take the vaccine, compared to 18% of Black people. If Dan Patrick is actually serious about slowing the spread of COVID-19 (which we doubt), he should spend less time scapegoating Black Texans and more time focused on members of his own party.

Dan Patrick’s comments represent a larger trend among Texas Republicans — blame people of color for the GOP’s mistakes in handling the pandemic. For instance, Gov. Greg Abbott signed an executive order blaming “unlawful border crossings” for the spread of the virus, echoing racist tropes of an immigrant invasion. The order allowed state troopers to stop any vehicle on the suspicion that it was carrying migrants that could have COVID, opening Texas Latinos up for more racial discrimination. Not to mention the fact that border counties have lower COVID rates per capita than many other counties across the state, but Republicans aren’t interested in “facts” or “data.”

Patrick’s comments also came days after Abbott himself tested positive for COVID-19, which was only a matter of time considering all the unmasked Republicans he hangs out with. The day before the positive test, he spoke at a “standing room only” GOP event in Collin County. As the pictures make blatantly clear, Abbott and Patrick don’t spend a lot of time around people of color.

Another standing room only event in Collin County tonight.

Thank y’all for the enthusiastic reception.

Let's keep this energy up and send a message that Texas values are NOT up for grabs in 2022. pic.twitter.com/wlPZyrHpx3

Dan Patrick and Greg Abbott are using racist claims to distract their base from their own failures. COVID-19 is raging across the state, especially in rural communities, and dozens of hospitals have run out of ICU beds. But it’s a lot easier for GOP leaders to blame Black people and immigrants than admit they screwed up.

If Patrick and Abbott want to slow the spread of COVID, they would reinstate mask mandates, implement vaccine incentives, and allow local leaders to make the best decisions for their communities. If they really cared about communities of color, they would expand Medicaid access and conduct outreach for vaccine efforts in Black and brown neighborhoods. But since the pandemic began, they’ve put politics over health and safety every time.

If you’re angry that our leaders are making racist claims on Fox News instead of protecting Texans, take action! Sign our petition to demand Greg Abbott focus on defeating COVID-19 instead of fighting culture wars. Encourage your school district to join the growing list of localities defying Abbott’s mask mandate ban. And next November, don’t forget to cast your vote against Dan Patrick and Greg Abbott.