A Confusing Yet Back-handed Endorsement of Abbott 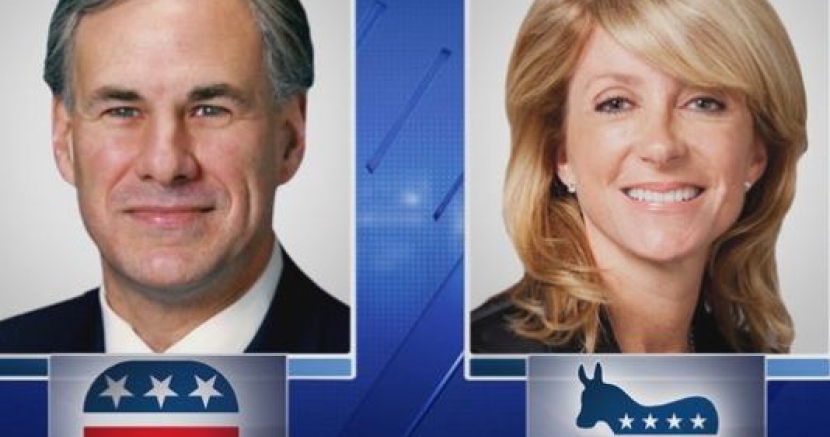 While major papers are enthusiastically endorsing Wendy Davis— like the Houston Chronicle and the Austin American Statesman — the Dallas Morning News has a very curious editorial that goes the other way...kind of.

The endorsement reads like a ransom note written by a reluctant captor held at gunpoint:

"Davis has fought valiantly. But for all her progressive promise, and alignment with this newspaper on many issues, Texas cannot afford to provoke the kind of partisan stalemate her victory would probably bring, much like the gridlock that has paralyzed Washington."

So in short, the newspaper is caving because they are seemingly worn down after five years of temper tantrums from the right wing.
The editorial then offers that Abbott is capable of "holding in check extremism in the GOP." These are a poor choice of words for a paper that is well aware that Abbott is the leading proponent of discriminatory voter ID measures, touts a long record of discrimination against the gay and lesbian community, continues to defend the Tea Party's $5 billion in education cuts, and that he has led the state's legal charge to close abortion clinics.
And it's an endorsement that Greg Abbott can't even flaunt, as it expresses concerns in no uncertain terms:

"...this newspaper’s enthusiasm has been tempered by his muddled response to Texas Enterprise Fund record-keeping. Likewise, we were offended by Abbott’s handling of hazardous-chemical reporting requirements after the West disaster. Both cases suggest a need to refocus on public safety and transparency."

And continues with a nod to Davis and a word of caution to the GOP:

"Davis has breathed life into the Democratic Party and served notice that the GOP must not take Texas voters for granted. Abbott must recognize the changing nature of Texas politics."

It's understandable that anyone can be tired of the Tea Party, but giving in to weariness is not the way to fixing the things that you care about.
Tags
Greg Abbott
Wendy Davis
2014 Election