Choose your fighter: Reasons to vote in the 2022 Texas Primary 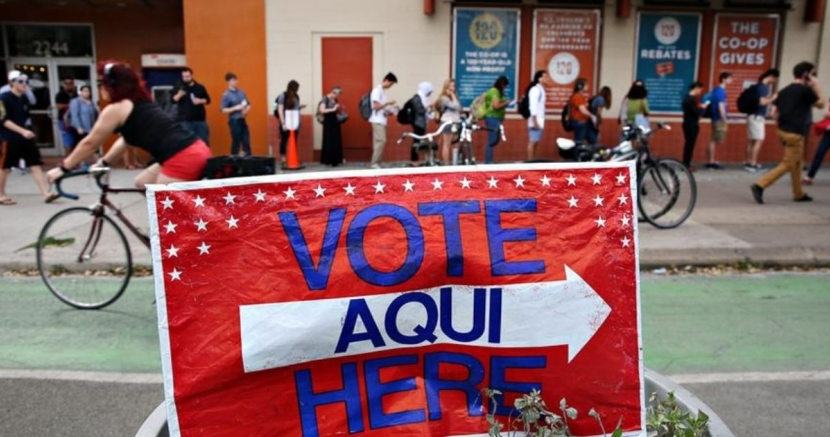 The future of Texas is in our hands.

That’s right. Election season is upon us again, and there's a lot at stake for Texans.

If you’ve been angry, exhausted, or just plain done with Texas politics lately, you’re not alone. Our lives have been a whirlwind of bad news. In the last few months, we’ve had our abortion rights rescinded, our voting rights diminished, our children discriminated against, and an inadequate pandemic response

But the 2022 primary election is our chance to make a change. This is the year we force people like Gov. Greg Abbott and indicted AG Ken Paxton out of office. To achieve that, we need strong, progressive, Democratic candidates running in November. The primary allows us to choose who those candidates will be!

Unfortunately, primaries have a notoriously low voter turnout, especially in years without a presidential election, like this one. In recent years, fewer than 15% of registered voters showed up, which is more like 11% of the voting age population and an even smaller fraction of the population of Texas. When so few of us show up to decide who’s going to be in the running, we’re more likely to be unsatisfied with our options on Election Day.

Primary elections give us the chance to choose which progressive values we find most important and make that known to politicians. Even if your favorite candidate doesn’t win, their percentage of votes could still influence the winning candidate’s platform in the general election. In addition, your input will give future candidates an idea of what change progressives like us want to see.

When voters turnout, campaigns and parties develop a greater understanding of what people care about and, thus, have a better idea of where to put their time and resources leading up to the general election. This is important when GOP incumbents like Abbott already have an obscene amount of campaign money reserved.

Refusing to vote in the primary, even as a statement, does little to affect existing issues. If you believe one candidate is guaranteed to win, voting for or against that candidate expresses much more than not voting at all. Unlike in general elections, primaries give us the chance to show our opinions in-depth.

Since redistricting happened recently, there are a whole lot of offices up for grabs this year:

The entire political landscape of Texas is under construction. Whether you vote for the free sticker, the satisfaction of civic engagement, or as an F-U to incumbents and opposing candidates, your opinion matters. Register to vote and spread the word. The future of Texas depends on you.

Questions about voting? Check out GoVoteTexas.org.

Want to know who’s running? The Texas Tribune compiled a list of every candidate running for a state seat here.

Wondering what’s on your ballot? Explore at Vote411.org.