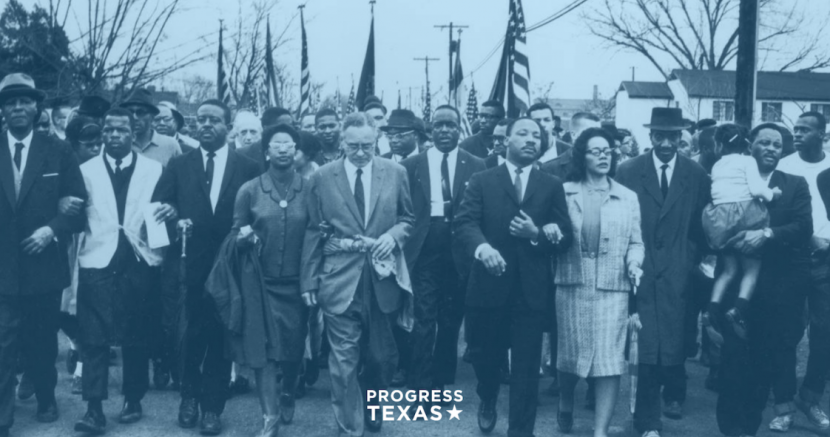 We can’t wait any longer.

Since the 2020 presidential election, we’ve seen an obscene amount of false conspiracy being spread around the internet about the integrity of the elections process. We saw an insurrection, multiple new suppressive voter laws, and expensive and pointless election reviews that exposed nothing but how baseless the far-right's claims of fraud were; and that was all in 2021.

In Texas specifically, we saw a gerrymandered redistricting process and the passage of our newest voter suppression law, S.B. 1.

Some Republican representatives have attempted to defend the new Texas law, claiming that we have a longer early voting period than some states and pointing out that the number of 12-hour polling locations were increased. Of course, this skirts around the fact that 24-hour voting and any voting between the hours of 10 p.m. and 6 a.m. was outlawed.

Unfortunately, due to a lack of federally standardized election laws and little regulation around the redistricting process, voter suppression legislation has swept the nation. To combat the onslaught, Democrats in Congress have been working tirelessly to pass the Freedom to Vote Act and the John Lewis Voting Rights Act. The former would standardize election laws, overturning many restrictive measures taken in the last year, while the latter would reinstate some protections of the 1965 Voting Rights Act that were repealed or weakened by the Supreme Court.

The issue? The two bills have been unable to move forward due to outdated filibuster rules, which keep legislation from advancing without 60 votes in favor of ending debate. The Senate is currently split between both parties, but is controlled by Democrats due to VP Harris’ tie-breaking power. Were the filibuster to end, the voting rights acts could pass into law.

Some Republican representatives have argued that, if voters aren’t seeing a problem, then no new legislation needs to be made, Texas Sen. John Cornyn going as far as referencing a national poll by the Pew Research Center: 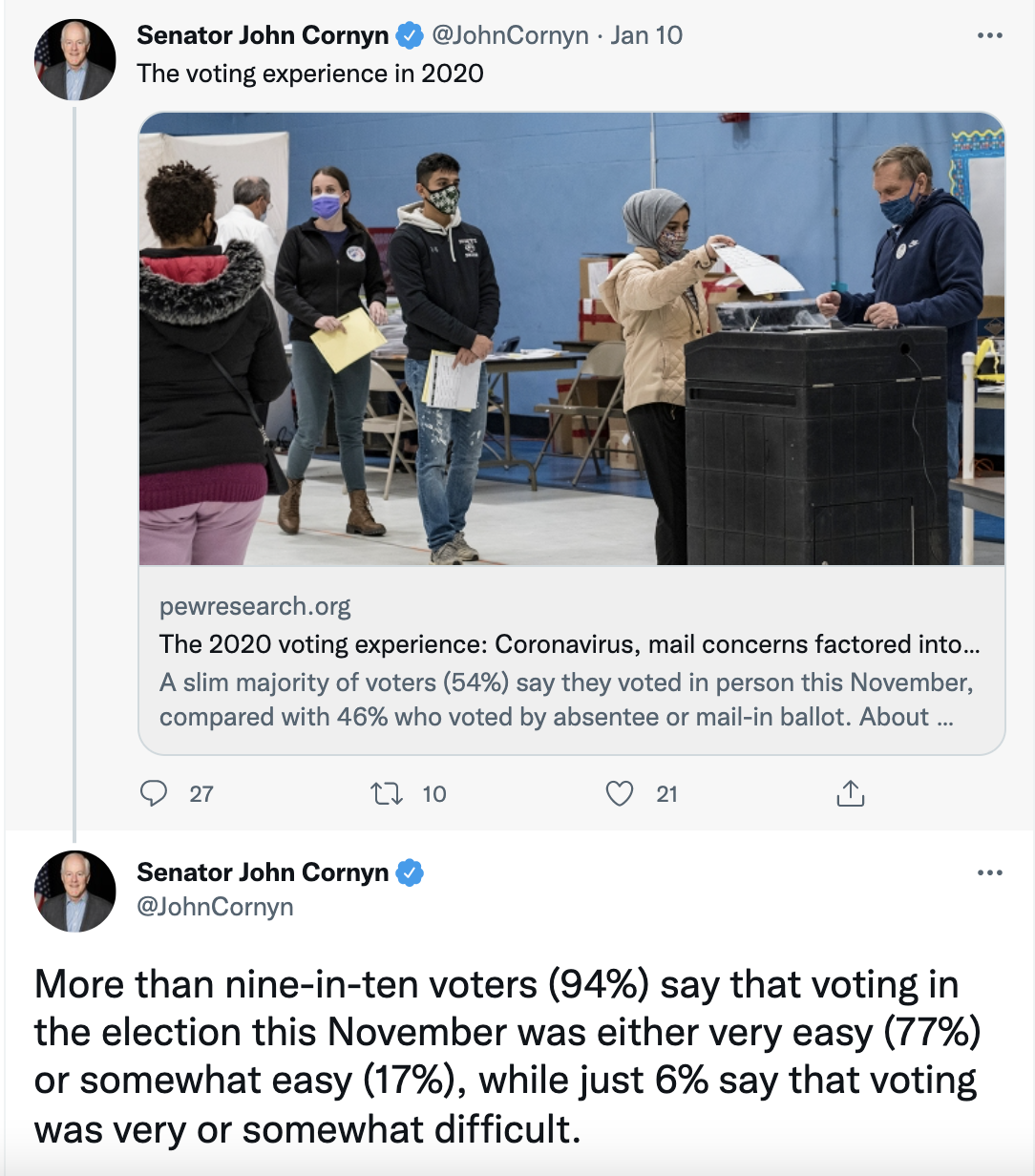 What Cornyn didn’t mention was that this poll was conducted in 2020, before the most recent voting laws were implemented, essentially proving that new voting restrictions are unnecessary and that activists have good reason to be opposing such laws.

On January 13, 2022, President Biden delivered a speech in Atlanta, Georgia, calling for a change to the Senate’s filibuster rules to allow action on voting rights legislation. While the message was long-awaited and provided much needed hope, ahead of the speech, some activist groups expressed frustration toward the idea of more photo ops and speeches without concrete action.

Though some voting rights groups chose to sit out of the event, Martin Luther King III and his wife Arndrea Waters King made the “difficult decision” to attend after acknowledging the frustration of local activists and reassuring them that the family shares in that frustration.

The Kings are calling for "no celebration" of MLK Day without the passage of federal voting rights legislation. Instead, the family and voting rights supporters have organized a weekend of activism, starting on Jan. 15th, to pressure federal action. On Monday, January 17th, the federal holiday celebrating King’s birthday, they have organized a march across bridges in Washington D.C. and Phoenix to draw comparison to the 1965 march across the Edmund Pettus Bridge in Selma, Alabama.

On Wednesday, Senate Democrats finally decided on a plan of action. They will pursue a loophole around the filibuster by drafting what is called a “shell bill,” essentially forcing a voting rights debate on the Senate floor. The new plan might face the same filibuster-doom as the initial attempt, but attempting a workaround is easier than reforming filibuster rules.