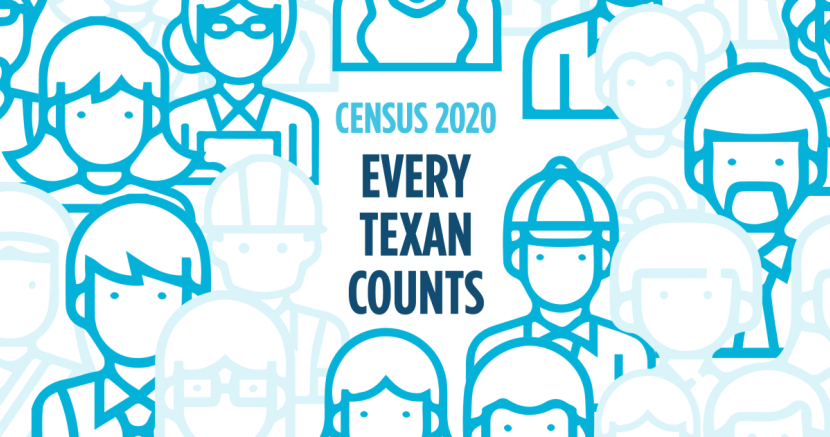 All Texans deserve representation in the 2020 census

Every Texan should be counted in the 2020 census, but conservatives prefer to harm Texas’ federal funding and representation in Congress in an attempt to stick it to immigrants.

The United States conducts a demographic count, or census, of our country every 10 years to record things such as population, diversity make-up, age, and more.

For the 2020 census, Republicans are attempting to add a question about immigration status. Experts say this question would greatly reduce census participation by intimidating immigrants.

On April 23, the Supreme Court heard oral arguments from parties in Department of Commerce v. New York, a case that calls into question the constitutionality of the citizenship question in the 2020 census questionnaire.

Sign our petition to say you support counting ALL Texans in the 2020 census.

What the immigration status question means for Texans

In an effort to stick it to immigrants, Republicans are cutting off their nose to spite their face.

The U.S. Census Bureau's primary mission is conducting a constitutionally mandated count every 10 years. The census is supposed to count EVERYONE living in the U.S. in order to allocate seats in Congress, as well as determine federal dollars dispersed to each state.

The federal money given to states is used to fund health care, housing, education, transportation and more. Even a one percent undercount could cost Texas at least 300 million PER YEAR over the next decade. Considering noncitizens make up about 10 percent of the state’s population, the citizenship question could be detrimental to Texas. The state could lose billions in federal aid.

Failure to count all Texans will result in gerrymandering and lack of representation in our government. Because the number of seats in Congress is based on census data, the number of representatives Texas gets allotted may not accurately reflect our state’s population based on reapportionment after the census count.

The census also determines the number of electoral votes Texas has in presidential elections and impacts redistricting on federal, state, and local levels.

Based on current population growth estimates, the state could gain up to three new Congressional seats if everyone is counted. If the citizenship question remains on the census, our representation in Congress may not reflect our state’s true population and Texas could lose out on gaining seats. Less representation in Congress means Texas loses power at a national level. Why would any of our lawmakers want that?

How the Texas Legislature fits into all this

Texas’ current legislative session is the last one before the 2020 Census begins. Given the challenges facing this census, it's up to Texas lawmakers to take action.

In addition to this, Texas lawmakers should voice their disapproval of the citizenship question and call on it to be removed from the census, otherwise, they are complicit in bringing about Texas’ loss of funding and representation.

"Representatives serve all residents, not just those eligible to vote."

In this case, SCOTUS ruled against a Texas lawsuit meant to suppress the power of Latinx voters.

Clearly, conservatives have not learned their lesson, as we continue to see efforts from Republicans to suppress minority voices at every turn. The citizenship question on the census is no different.

Republicans are attempting to stifle minority voices and incite fear in immigrants. But that is not what the census is about. The census is meant to count every resident.

By prioritizing some citizens over others, conservatives are hurting us all.

Counting every person is not only a constitutional mandate, but is essential to ensuring that Texas can thrive for years to come.