After We March: Keeping up the fight for abortion justice 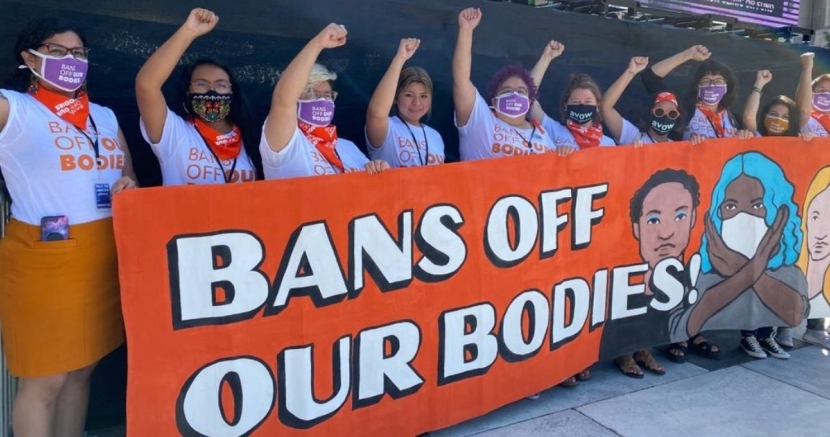 Arabella Cadena
Protest has played an important role in holding governments and institutions accountable, but movement building isn’t achieved in a single day.

In 1963, Martin Luther King Jr. delivered his “I Have a Dream'' speech to more than 200,000 demonstrators who took part in the March on Washington for Jobs and Freedom. The march successfully pressured the Kennedy administration to make a civil rights bill a priority. In 1993, the LGBTQIA+ community marched on Washington demanding a slate of policies that included bills against discrimination, an increase in AIDS research funding, and reproductive freedom. In 2017, the Women’s March brought together the largest single-day protest in US history.

Protest has played an important role in holding governments and institutions accountable, but movement building isn’t achieved through one day of empty slogans and organized herding. Now that we’ve attended nationwide Rallies for Abortion Justice, here’s how to keep up the fight long after we’ve gone home and shoved our pretty signs under our beds:

Return to Your Roots

Don’t forget to take care of yourself. Living in a world where our bodies are used as blank pages for harmful legislation is a job itself. Self-care is fundamental to keeping up the fight to make abortion legal, accessible, affordable and free from shame and stigma.

Finally, pledge to stay involved. Sign our petition to receive updates and information about future events and opportunities.