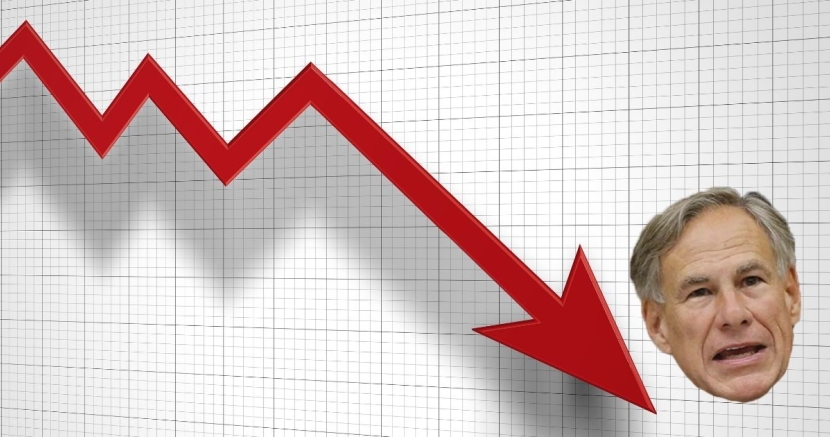 Wesley Story
Texans are fed up with Republican failures and far-right extremism.

A recent statewide voter poll, conducted by the nonprofit organization Texas 2036, shows that 92% of Texas voters expressed concern about the state’s future, with 58% saying that they are very or extremely concerned.

This is in line with polling from the Texas Politics Project that shows a majority of voters (52%) think the state is headed in the wrong direction, while only 35% think Texas is on the right track.

As Gov. Greg Abbott continues to call session after session to pass extreme legislation attacking our rights, it's no wonder why Texans feel concerned about the state’s future.

Republican lawmakers have ignored the issues Texans care about most to appeal to a far-right base that does not represent the majority. Meanwhile, our state is suffering from a number of crises being left unaddressed, such as the COVID-19 pandemic and our energy grid failures.

In addition to concerns about our future, the Texas Politics Project poll shows Abbott’s approval rating dropping. Abbott received his lowest-ever approval rating at 41%, with half of Texans disapproving of his work.

These findings match previous data from Progress Texas showing that progressive values are mainstream values and that state “leadership” has misplaced priorities. In a poll conducted right after the February winter storm and during the regular legislative session, Texans made clear that they wanted the focus of the session to be on the state’s response to the coronavirus pandemic. Instead, Republicans prioritized the most extreme abortion ban in the country, bills attacking trans kids, and anti-voter legislation for three sessions in a row.

Texans have been dealing with the COVID pandemic for over a year now. We’ve had a lot of time to think, and to pay closer attention to what’s happening in our state. It’s clear that a majority of Texans do not approve of what they’ve seen from those in positions of power. So now, the only solution is to change who’s in the driver’s seat.

Consider this a notice for Governor Abbott and his Republican henchman: Come 2022, Texans are through with you.