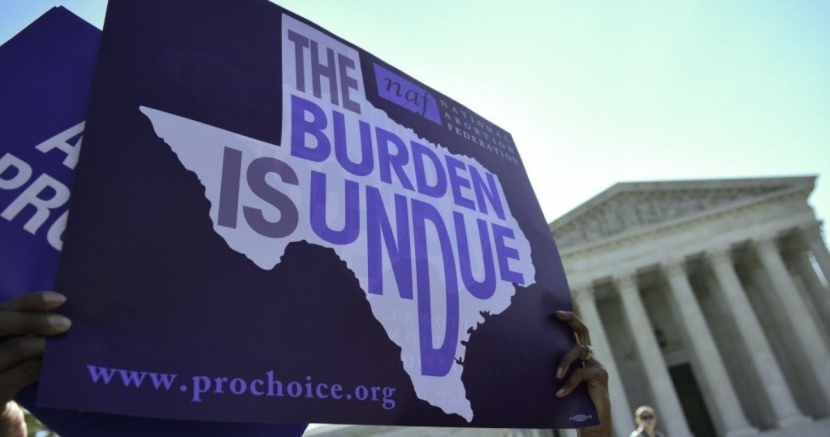 Texas Republicans would rather waste resources on anti-abortion bills than on COVID relief or policies actually meant to help our state.

On March 15, the Senate Committee on State Affairs held a hearing to see if seven anti-abortion bills should move forward in the legislative process. The hearing was announced on March 12, giving abortion rights advocates only the weekend to prepare to testify against these dangerous bills, with no virtual testimony option.

On the day of the hearing, all in-person public testimony was reserved until after all seven of the bills were heard, but the hearing started in the morning and lasted well into the evening. While public testimony was temporarily halted, invited testimony, comprised of anti-abortion extremists from organizations like the Texas Catholic Conference of Bishops, Texas Right to Life, and the Human Coaliton, were allowed to speak and give input right after each bill was presented. All invited testimony was at the discretion of chairman Bryan Hughes, another anti-abortion extremist and the author of one of the most restrictive abortion bills our state has seen.

Here’s a quick run-down on all seven bills presented during the hearing:

This bill, which is considered a priority for Lt. Gov. Dan Patrick, mirrors similar bills filed in other states, which seeks to ban abortions after 6 weeks, with no exception for rape or incest. It uses medically inaccurate information to cut the time a person can receive an abortion in Texas significantly. Most individuals don’t even realize they are pregnant until after six weeks, so the bill would effectively ban abortion in our state.

This bill would completely ban abortion in the event that the Supreme Court of the United States overturns Roe v. Wade. It is referred to as a “trigger” bill and would provide a civil penalty for abortion and would create a criminal offense.

This bill would completley ban federally approved abortion-inducing drugs, known as Mifepristone, from being mailed to patients. The abortion pill has been deemed by medicial profressionals to be safer than common tylenol.

This bill seeks to completely ban any logistical support from local governments for abortion care, such as travel or lodging, and is directed at cities like Austin that have passed measures to provide this support.

This bill seeks to require people to access “assistance offer” before an abortion is performed, which translates to requiring individuals to visit a state-funded, non-medical, and religious crisis pregnancy center.

This bill seeks to further restrict abortion by proposing “perinatal pallaiative care.” This would require an individual whose fetus has been given a diagnosis of a life-threatening disability or a non-viable pregnancy, to carry the fetus to term.

This is an omnibus bill that includes previous bills mentioned and would remove the fetal abnormality exception in the 20th week, ban abortion at 6 weeks, and would completey ban abortion in 2025.

A recent survey conducted by Progress Texas found that a plurality of Texans want the state’s COVID response to be the Legislature’s top priority this session and a majority support some form of abortion rights. Texans were literally left out in the freezing cold after the winter storm because of state-wide power and water failures. Thousands of Texans have died and even more have gotten sick with the coronavirus. The Texas Legislature should not be attacking essential health care like abortion and should instead prioritize Texan’s desire for help in combating the pandemic.

Despite Gov. Abbott’s lies, experts say Texas grid is not prepared for winter
4 days ago