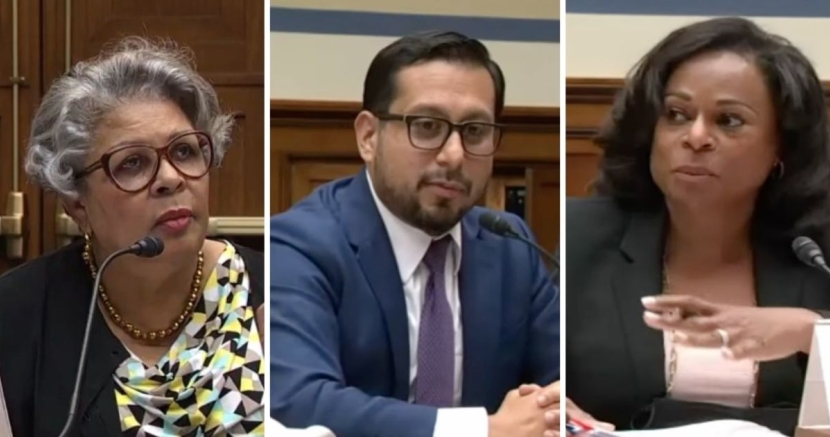 When the Texas Democrats broke quorum at the start of Gov. Greg Abbott’s not-so-special session, they weren’t just killing a dangerous voter suppression bill for the second time. They were also leading a national movement for voting rights, taking the fight for our democracy to Washington, DC. Thanks to these efforts, voting rights have become a priority issue for federal legislators, who have the power to stop national voter suppression efforts for good.

In case you missed it, here’s a recap of what the Texas Democrats accomplished during their summer against voter suppression!

1. Raised national awareness of voter suppression efforts in the states

Voting rights aren’t just a Texas issue — so far, Republicans in 18 states have enacted 30 laws that would make it harder to vote. From their hotel rooms, Texas House Democrats took the fight for democracy live on primetime, informing viewers across the nation on voter suppression efforts. Their high-profile efforts raised awareness of the fight for voting rights and put pressure on federal legislators to take action.

We compiled some of the best Texas Democrat moments of the last month — hear about voting rights directly from our very own democracy defenders!

Voter suppression isn’t just a Texas issue - it’s a national issue. Thank you to our #txlege voting rights champions for taking the fight to DC and halting Jim Crow 2.0 legislation in our state.

2. Testified on voter suppression at the U.S. House of Representatives

While in D.C., three Texas House Democrats took the fight for voting rights directly to Congress itself. In front of the House Oversight Subcommittee on Civil Rights and Civil Liberties, Texas Representatives Senfronia Thompson, Nicole Collier, and Diego Bernal laid out GOP voter suppression efforts in the Lone Star State and emphasized the urgent need for federal voting rights legislation.

Teaming up with U.S. Representatives Rashida Talib, Alexandria Ocasio-Cortez, Ayanna Pressley, Jamie Raskin, and other progressive champions, the lawmakers discussed the state of voter suppression in Texas, from restrictive voter ID laws to intimidation by partisan poll watchers. They also masterfully dealt with bad faith questioning from the GOP members, who took every chance to steer the conversation away from voting rights and perpetuate Trump’s Big Lie.

Thanks to their testimony, the fight for voting rights in Texas is now a part of Congressional history. Watch the full hearing here.

3. Met with Vice President Harris, Sen. Joe Manchin, and dozens of US Senators and House members

If you were a Congressperson in Washington D.C. in the month of July, you couldn’t escape the Texas Democrats. Our voting rights champions met with dozens of lawmakers, including Senators Elizabeth Warren, Amy Klobuchar, Chuck Schumer, Raphael Warnock, Kirsten Gillibrand, and more. They also spoke with Vice President Kamala Harris, who later praised their “extraordinary courage and commitment” in the fight for voting rights.

The Texas House members also met with a crucial player in the fight for voting rights legislation — Senator Joe Manchin. An ardent defender of the filibuster, Manchin has made it difficult for federal Democrats to pass bills without the support of 10 Republican Senators. But after meeting with Texas Democrats, Manchin emphasized the need for “one piece of legislation that protects the rights of voting, the procedure of voting, democracy, the guardrails on democracy.” Thanks to our democracy defenders, Congress might just follow through.

And of course, the Texas Democrats had a virtual meeting with the queen of voting rights herself — Stacey Abrams.

It was an honor to speak with Texas Democrats along with @HillaryClinton and @BillClinton this morning. They are heroes in the fight for the freedom to vote, and their message is clear: Congress must pass the #ForthePeopleAct and #RestoretheVRA. #txlegehttps://t.co/2BvcC6h5ud

4. Killed a major voter suppression bill in Texas (twice), on top of other discriminatory GOP priorities

We can’t forget the voter suppression bills that started it all — Senate Bill 1 and House Bill 3. With provisions that targeted early voting, vote-by-mail, and empowered partisan poll watchers, Texas Democrats were left with only one option to stop the legislation: break quorum.

Don’t worry though, the GOP wasn’t going to do anything productive with the session anyway. Instead of addressing real problems in our state — fixing our energy grid or expanding healthcare access — Republicans filed bills that attack voting rights, trans rights, abortion access, diversity-equity-inclusion education, and more.

Here are some of the other bills that are joining SB 1 and HB 3 in the legislative graveyard. We aren’t mourning the death of Abbott’s misplaced priorities.

5. Put a spotlight on voting rights and dominated the national conversation

Voter suppression poses an existential threat to our democracy, as GOP bills across the nation target the votes of people of color, low-income voters, and people with disabilities. Without equal access to the ballot box, we can’t have a government that truly represents its people. That’s why Texas Democrats took the fight to DC — because the stakes literally could not be higher.

In doing so, the legislators shined a spotlight on voting rights, pushing the issue to the forefront of the legislative agenda. While Congress likely won’t return to session until mid-September, tackling voting rights is now a top priority.

Now, it’s up to us to keep pushing our federal representatives and President Joe Biden to take action against voter suppression. The Texas Democrats may be returning to Austin, but the fight for freedom and democracy continues!