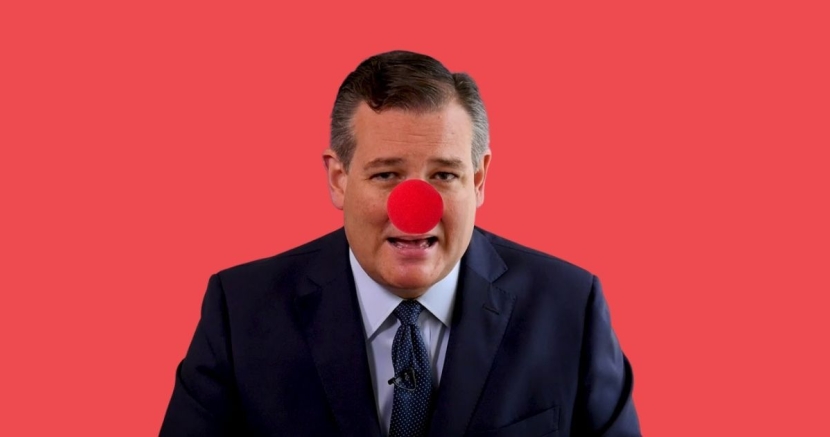 Wesley Story
You're never going to be president, Ted.

Judge Ketanji Brown Jackson is one of the most qualified Supreme Court nominees to ever appear before the U.S. Senate Judiciary Committee. Unfortunately, the senators who sit on the committee are not all qualified to be there with her, including Texas senators Ted Cruz and John Cornyn.

Throughout this week’s Supreme Court confirmation hearings, Cruz and Cornyn asked bad-faith questions, attempted to mislead the public, and tried to create a scandal where none exists — all for a bit of TV time. Their actions were embarrassing and they should be ashamed.

While Cruz and Cornyn acted foolishly, Judge Jackson held her own. She answered their questions politely, with the kind of poise neither one of them deserved.

Here are the top 10 most embarrassing moments from Cruz and Cornyn during the confirmation hearing:

1. Cruz asked Judge Jackson if she thought babies were racist. (No, we’re not joking.)

Judge Ketanji Brown Jackson takes a moment to gather her thoughts after Sen. Ted Cruz (R-TX) asks her if she believes babies are racist. pic.twitter.com/h9GcxHYcrd

The deep breath from Judge Jackson speaks for itself.

During the hearings, Cruz focused on Judge Jackson’s sentencing record on certain cases involving child pornography - though her record on these cases is “pretty mainstream,” according to Doug Berman, a leading expert on sentencing law and policy at The Ohio State University School of Law.

Cruz’s line of questioning was intentionally misleading. Cruz himself has voted for previous judicial nominees who ruled the same way as Judge Jackson on similar cases. Cruz also picked only a few cases out of Jackson’s entire sentencing record to pursue his argument, leaving out important context.

3. Cornyn’s homophobia was on full display.

Sen. Cornyn asked Ketanji Brown Jackson whether the SCOTUS ruling establishing a right to same-sex marriage conflicts with the beliefs of some religions.

"That is the nature of a right," she replied. "When there is a right, it means that there are limitations on regulation." pic.twitter.com/TP9yF2Q6Ij

Cornyn has a fundamental misunderstanding of how religious freedom works. It does not mean you get to control other people’s actions to fit your beliefs. And to be clear, same-sex marriage takes away no one’s rights.

4. Cruz asked if he could decide he was an Asian man.

First, Cruz dismissed the ability of transgender people to sue for gender discrimination, and then asked if he could decide he was an Asian man. His entire line of questioning was full of hypotheticals and bad faith questions, but this was one of the most egregious.

5. Cornyn was on his phone during Jackson’s opening statement.

It’s not difficult to show respect for the nominee sitting before you. This was Jackson’s opening statement and already, Cornyn was on his phone ignoring what she had to say.

6. Cruz’s colleagues called out his “jackassery.”

Ben Sasse moments after Ted Cruz throws a performative tantrum that was tailormade for Hannity: "I think we should recognize that the jackassery we often see around here is partly because of people mugging for short-term camera opportunities." pic.twitter.com/3YqBgrrXNR

“I know the junior senator from Texas likes to get on television, but most of us have been here a long time trying to follow the rules,” said U.S. Sen. Patrick Leahy, a Democratic from Vermont and currently the longest-serving senator.

“I think we should recognize that the jackassery we often see around here is partly because of people mugging for short-term camera opportunities,” said U.S. Sen. Ben Sasse, a Republican from Nebraska.

It’s not a good sign when your fellow senators are just straight up dunking on you like this. But we’ve known for a while that Cruz’s colleagues don’t like him.

Cornyn asking if it was correctly decided to overrule Dred Scott and Plessy.

By using cases the court “overturned,” he was trying (and failing) to make a point that the court should overturn other cases like Roe v. Wade. The difference is that Plessy, which upheld segregated rail cars, and Dred Scott, which upheld slavery, both infringed on rights and the Supreme Court erred when deciding them.

Roe v. Wade expands rights and should remain the law of the land.

Can confirm this. He was searching twitter for his name, this was right after his exchange with Chairman Durbin. https://t.co/pd7W6SHVPV pic.twitter.com/AKXoe4CYKK

For Cruz, this entire hearing was a way to get attention. He didn’t care about doing his job, he just wanted the spotlight.

Ted Cruz, as Dick Durbin bangs his gavel because Cruz is well over his time: "You can bang it as loud as you want!"

Durbin, as Cruz continues to talk over him: "At some point, you have to follow the rules!" pic.twitter.com/CAY01w1R3T

Cruz kept going over time and would not allow his colleagues to take over with questions.

“At some point, you have to follow the rules,” Senate Judiciary Committee Chair Dick Durbin told Cruz, banging his gavel.

At one point, Sen. Durbin was so frustrated with Cruz and his treatment of Jackson that he told her there was “no point in responding” to Cruz’s questions because "he's going to interrupt you."

The hearings showed Texans how lucky we would be to have Judge Ketanji Brown Jackson serve as our next Supreme Court justice. But they also showed us how unlucky we are to still have Cruz and Cornyn as our senators.

Here in Texas, we wear our disgust for Ted Cruz like a badge of honor because showing any support for him is worthy of public shaming. If you’re a Human Against Ted Cruz and you want the world to know, then check out our merch and order some Humans Against Ted Cruz stickers today.