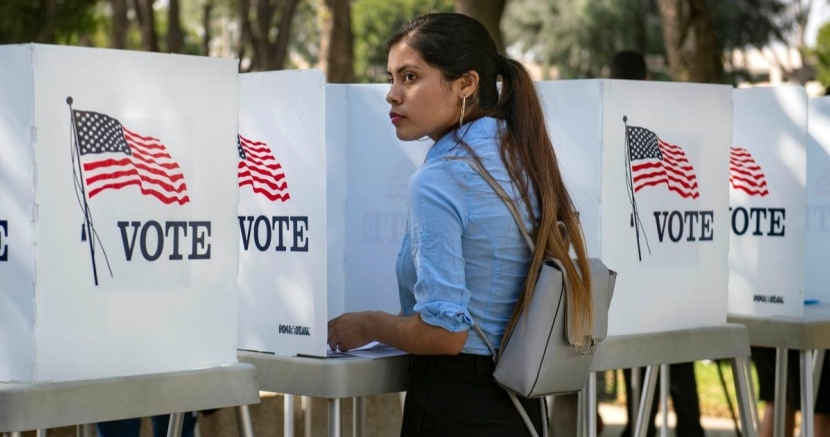 Young, first-time Texas voters tell us why they’re heading to the polls

Young voters are the key to turning Texas blue.

There’s no doubt about it — young people have been on the front lines of movements for awhile. In the last few years alone, young people have led movements to end gun violence, to protect our planet from climate change, and to fight for Black lives.

But in 2020, young people are letting the country know that they not only care, but they’re going to fight tooth and nail for their futures. And in Texas, a key battleground state in the presidential race, that sentiment is even more powerful, as thousands of first-time voters make their way to the polls this year.

Early voting data is showing that young people are fired up and going to the polls. So far, over 801,671 of people ages 18-29 have voted early, versus this time in 2016, when 287,626 had voted. For many, the more than half a million increase in four years is shocking. But for some, these numbers aren’t surprising: It’s the result of a years-long effort led by young people in Texas.

“When you really have been doing the work, this is the obvious outcome,” said Charlie Bonner, communications director at MOVE Texas. “This is bigger than just 2020 — it’s about fundamentally changing the electorate.”

Bonner said Texas has developed a robust youth organizing team after the gaps made by previous political campaigns in not reaching out to young people.

But who are the young people behind these huge young voter turnouts in Texas? Progress Texas spoke with a couple young, first-time voters about the power of voting, why they voted, and why it’s time to stop with the narrative that young people are apathetic.

When Denise Martinez of Elgin turned 18 this past August, she knew getting registered to vote was something she had to do. Many of Denise’s family members can’t vote, and she feels as if her vote “really matters.”

“With everything that’s going on right now — right now we’re not in a good place. I felt like it was my duty to try and do something and help those who can’t vote,” Denise said.

Denise said many issues have guided her to participate in the voting process, including climate change, immigration, and abortion access — all issues that deeply impact young people.

In Texas, we’ve seen young people encounter numerous barriers to abortion access; for example, if you’re under 18, you must get parental consent to get an abortion, unless you’re granted a judicial bypass. On top of that, young people like college students, who may be on tighter budgets, have to worry about how to fund their abortions, which can range anywhere from $500 to $2500.

Madeline Tredway, 18, of Dripping Springs said that climate change is also at the top of her list — and Tredway isn’t alone. A majority of young Americans fear climate change and believe it will cause them direct harm, according to a Washington Post-Kaiser Family Foundation poll. But on top of climate change, Tredway’s main reason for voting is simple: Get Trump out of office.

“I had always planned on voting for whoever the Democratic candidate was in the 2020 election, barring that they weren’t genuinely insane, to get Trump out of office, so it was honestly just something I was waiting on for the past four years,” Tredway said.

But there’s one sentiment these young people share: It’s time to stop underestimating the power of young people.

“Politics seem to center on the opinions of those who are middle-aged or older, and while their opinions are valuable, there needs to be balance between the voices of the young and the old,” Tredway said. “Progressivism exists to make change and conservatism exists to make sure those changes don't go too far, and what we're seeing right now is that the scale is tipping heavily toward conservatism. I can't help but think that's in part because those who are able to make decisions are mostly older people.”

“This is about young people finding their power and their voice,” Bonner added.