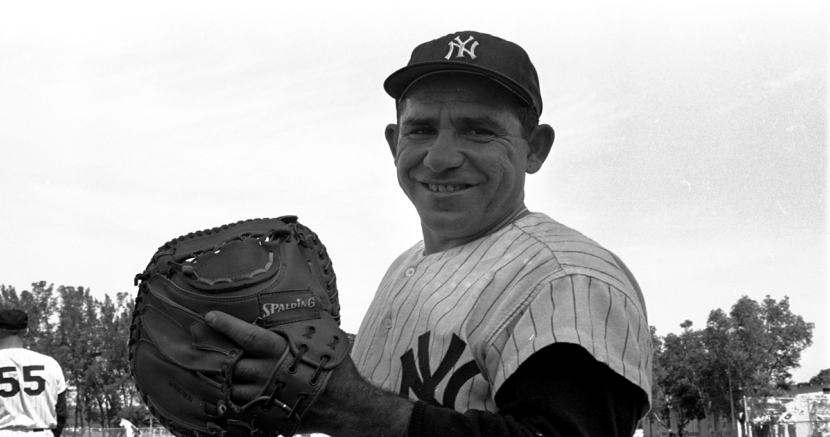 Yogi Berra was one of the most colorful and accomplished Americans of all time on any field of play, and he was apparently a birthright U.S. citizen.

Yogi was born in 1925 and 1930 U.S. Census records show that Yogi’s father, Pietro, who arrived in the U.S. from northern Italy in 1909, still declared as an alien five years after Yogi was born. So did his mother, Pauline. It didn’t matter to Yogi, of course. The 14th Amendment to the U.S. Constitution guaranteed him citizenship.

Berra died Tuesday, and here’s the Sports Illustrated headline on its obituary: “Remembering the great American life of Yankees Legend Yogi Berra.” Yogi’s certainly was a great American life. Emphasis on “American.” And it was a life made possible by the 14th Amendment.

That is the amendment that Sen. Ted Cruz and a good number of his fellow travelers in the Republican presidential primary would like to repeal.

Yogi would probably take it in stride. “If I couldn’t come to the ballpark, how are they going to stop me,” he’d say.

Yogi actually did say, “If people don’t want to come to the ballpark how are you going to stop them?” That’s a line that could be paraphrased for use against the GOP’s racist rants on immigration at a time when more Mexicans are leaving the U.S. than are arriving. “If they won’t come to America how are we going to stop them?”

I can already hear Republicans react to the news about Yogi Berra’s birthright citizenship by saying, “that was then but this is now.” But circumstances were not so different then.

Xenophobes of the early 1900s sounded and acted just like today’s bigots. The federal Dillingham Commission of 1911 found that the U.S. was not effectively excluding “criminal” aliens, who were coming here to commit crimes, not work. Remind you of anyone? In the 1890s, just a couple of years before Yogi’s father Pietro arrived in the U.S., 20 Italian immigrants were lynched in the South. Violence against immigrants was common across the nation.

There were also remarkable similarities in working conditions for today’s and yesterday’s immigrants. Read this summary of exploitation of Italian immigrants in the early 1900s from a Library of Congress website:

So don’t give me the “that was then” defense for the racism. If that was then, this is then, too. Yogi could have said that.

The extremist anti-immigration group, Center for Immigration Studies, has been the driving force behind 14th Amendment repeal rhetoric for decades. It sounds a good deal like the Dillingham Commission of 1911. A 2001 CIS report called “An Examination of U.S. Immigration Policy and Serious Crime” argues that these sneaky immigrants are committing more crimes than is known. How about this outrageously racist quote from that report:

“An especially ominous reason for underreporting [immigrant crime] is that what most Americans would call crime many immigrants consider to be tradition, or if a crime, a ‘family matter’ not requiring outside interference.”

Catch that? What we call crimes these brown-skinned people call tradition. This is from the intellectual center of the effort to repeal the 14th Amendment. This is the resource that Cruz, Trump and the others on the far right are drawing upon.

Texas Gov. Greg Abbott and other state leaders have found a morally twisted way to subvert the 14th Amendment without actually trying to repeal it. Abbott’s Department of Health is refusing to issue birth certificates to children born to suspected undocumented immigrants. Advocates for the infants are suing Texas in federal court.

Is tomorrow’s Yogi Berra among those children, those would-be children-without-a-country that extremist, right-wing officeholders and candidates are trying to toss from the country? Here’s hoping the newborns win their lawsuit, that the extremists fail, and that the children stay in our country and prosper. America could use a few more Yogis about now.