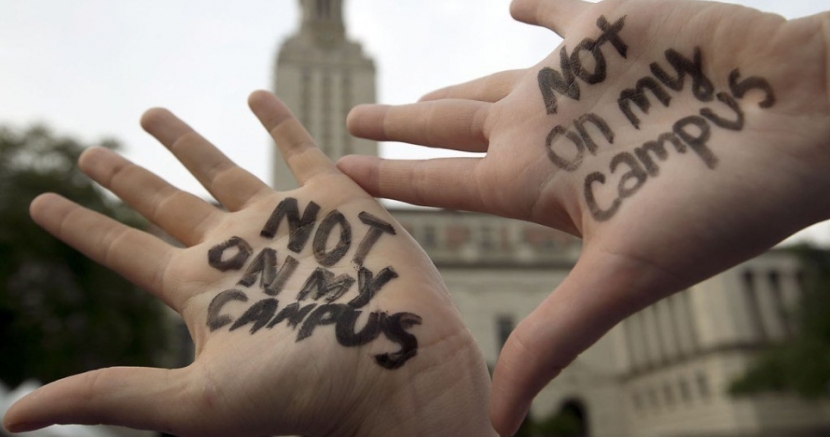 Though SB 576 is a well-intentioned attempt to address the college sexual assault epidemic, opposition to the bill underscores why such policies must prioritize respect for and support of sexual assault survivors.

The statistics are alarming: Nationwide, 1 in 5 women will experience a rape or attempted rape while at college and only an average of 12% will report the assault. In a recent survey conducted by the University of Texas at Austin, 15% of undergraduate women reported being raped since enrolling. More than 65% of these women said they told no one of the assault prior to the survey, while only 6% said they reported it to the university. According to data collected by the National Sexual Violence Research Center, the number one reason survivors do not report their assault is a fear of retaliation.

These statistics, coupled with the high profile sexual assault scandal at Baylor University, spurred legislators across party lines to file bills aimed at ending sexual assault on college campuses. One such bill, however, SB 576 by Sen. Joan Huffman (R- Houston), has  student organizations concerned by its unintended, and possibly devastating, consequences.

SB 576 would instate mandatory reporting of instances of sexual harassment or assault by university employees and student organization leadership regardless of whether the survivor was willing to report to assault or not. Senator Huffman stated that the purpose of this bill is to get a more accurate understanding of the prevalence of these crimes, which would allow first steps toward eliminating them. While campus organizations support improving accountability and reporting rates, their first objective is to provide support for survivors and respect their right to control their own path to recovery.

In an open letter to state lawmakers urging them to vote against HB 576, Not On My Campus —  a student organization on the University of Texas campus — explained:

“Not On My Campus at The University of Texas at Austin is committed to empowering survivors, which includes taking necessary steps to protect their wellbeing, privacy, and safety. By expanding the scope of individuals on campus who are obligated to report sexual and interpersonal violence, survivors’ access to confidential peer advocacy becomes very limited. Curtailing confidential resources may discourage individuals from seeking help out of fear that they will lose control over their options for recovery. Further, we strongly believe this piece of legislation will diminish trust between survivors and critical members of their support system. Our organization encourages campus accountability, but we do not believe this should ever come at the expense of survivors. All students who have experienced sexual or interpersonal violence are entitled to every right and resource they can be afforded, and no law should ever infringe on their ability to receive support”

According to research on mandatory reporting policies, some of the potential negative consequences of such policies include:

With sexual assault reporting as low as 12%, it is crucial that legislators focus on providing more opportunities for safe discussion and support, not fewer.

Tags:
Sexual Assault
Not on my campus