What’s at Stake as SCOTUS takes on Texas Abortion Lawsuits 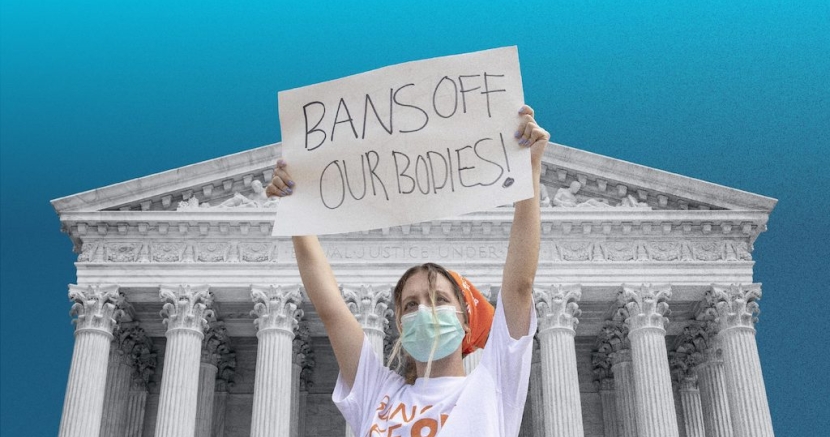 Most Texans have been unable to access abortion care in the state since September 1st, when SB 8, the most restrictive abortion ban in the nation, took effect. SB 8 prohibits abortion after six weeks of pregnancy (before most people know they’re pregnant) and creates an unconstitutional bounty hunting scheme that incentivizes private citizens to bring lawsuits against anyone who “aids or abets” an abortion. On November 1st, the U.S. Supreme Court will hear the following two cases challenging Texas’ abortion ban:

The Biden Administration's attempt to challenge the constitutionality of SB 8. The Department of Justice asked the court to reinstate a decision by a federal district judge who declared the law unconstitutional and temporarily blocked it before an appellate court let the law take effect again less than 48 hours later. The Supreme Court is set to decide whether the DOJ has the authority to bring this case and whether to block the law again.

This is a case filed by a coalition of Texas abortion providers, independent abortion clinics, doctors, clinic staff, abortion funds, support networks, and clergy members. Through the private citizen enforcement clause, the ban was specifically designed to evade court review, in this case, the Supreme Court will decide whether federal courts have the power to block SB 8. This case argues that SB 8 not only violates Texans’ constitutional right to privacy and liberty established by Roe v. Wade almost 50 years ago, but also the constitutional rights of abortion providers and supporters, including their right to equal protection under the law, and their First Amendment rights to free speech and access to the courts.

These two cases have now converged. Importantly, on November 1st, the court will not decide whether or not to strike down Texas’s six-week abortion ban as unconstitutional. Instead, it will address key components of the cases above. In its order, the court has stated that in the DOJ case it will decide whether the federal government has the right to sue in federal court to block the law’s enforcement. And in the case led by Whole Woman’s Health, the court will evaluate the ban’s private enforcement structure.

Roe v. Wade says that pre-viability abortion bans are unconstitutional. While Texas’s abortion ban at six weeks is unconstitutional in this manner, it will not be assessed in this way. In another case being heard on December 1st, the state of Mississippi is asking the court to overturn Roe v. Wade and uphold the state’s ban on abortion after 15 weeks of pregnancy. Dobbs v. Jackson Women's Health is the first time the U.S. Supreme Court will rule on the constitutionality of a pre-viability abortion ban since Roe v. Wade. The plaintiff, Jackson Women’s Health Organization, is the last remaining abortion clinic open in Mississippi.

The court’s refusal to block SB 8 when they had the chance has caused immeasurable harm to countless Texans. As Justice Sonia Sotomayor stated in her partial dissent, “There are women in Texas who became pregnant on or around the day that S. B. 8 took effect. As I write these words, some of those women do not know they are pregnant. When they find out, should they wish to exercise their constitutional right to seek abortion care, they will be unable to do so anywhere in their home State. Those with sufficient resources may spend thousands of dollars and multiple days anxiously seeking care from out-of-state providers so overwhelmed with Texas patients that they cannot adequately serve their own communities. Those without the ability to make this journey, whether due to lack of money or childcare or employment flexibility or the myriad other constraints that shape people's day-to-day lives, may be forced to carry to term against their wishes or resort to dangerous methods of self-help."

Texas clinics are overwhelmed with having to worry about the possibility of legal sanctions while being forced to turn patients away. The impacts of the Texas ban transcend state lines with abortion clinics in neighboring states being flooded with Texans who can afford the time and money to seek an abortion.

If the Supreme Court overturns Roe v. Wade or further restricts access to abortion care by ruling in Texas or Mississippi’s favor, abortion could be severely limited in half the country. In Texas, and in 12 other states, there are trigger laws in place that will immediately ban abortion if Roe is overturned. And if the U.S. Supreme Court rules against the Texas and Mississippi laws, abortion care may be legal but legality alone has never been enough. Access to abortion has always been uneven. Roe v. Wade and abortion justice have always been about more than arguments about legality and pre-viability. It’s about the right to autonomy over personal decisions about marriage, contraception, career, and consent. It’s about personhood for those who menstruate.