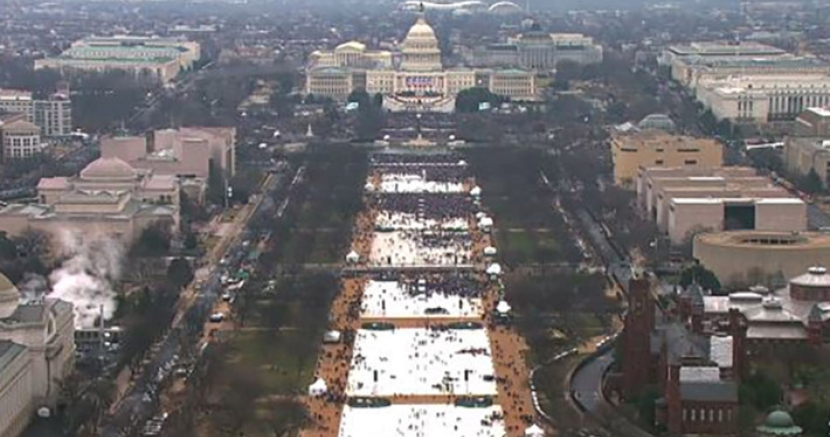 We Will Respect Trump When Trump Respects Us

Does anyone see any sign in Trump that he respects any of us, Republican, Democrat or Independent?

On the morning of Donald Trump’s inaugural (shudder), MSNBC’s Chris Matthews tweeted, “I love what @alfranken said about the role of democratic opposition this AM. It’s to challenge Trump – not undercut him.”

I didn’t hear Sen. Al Franken say that, but I assume he must have. But whatever in the world could Franken and Matthews mean?

Isn’t it the righteous work of the Democratic opposition to undercut policies we view as anti-human and anti-democratic? Isn’t undercutting Trump the most patriotic service we can provide to our nation?

Those who share the “don’t undercut” philosophy must have been understandably disturbed by a Republican Congress that made its delegitimizing opposition to Barack Obama its first and really only priority. There is, however, a difference with a big distinction between opposing a president no matter what and working diligently to undercut policies viewed as regressive and destructive.

Maybe there is a clue to the Matthews/Franken philosophy in that distinction.

Yes, there is great reason to be disturbed by Trump’s visible lack of character. He truly seems to embody everything most of us were taught not to be. He’s greedy, hateful, narcissistic, and bigoted. If he’s not all of those things, he sure seems to want us to think so. He thinks they’re strengths, not weaknesses.

It is hard to imagine much in the way of good will come from him. Humiliation of others seems to be his source of joy. Maybe he likes self-promoting mendacity even more than that. Whatever the case, it’s hard to watch.

Nonetheless, if, for instance, Trump were to ask the wealthiest winners in our economy to pay their fair share so we could rebuild the nation’s infrastructure, we should support the initiative if not the man behind it.

Maybe that’s what Matthews means. If it is, then I agree.

This was not the approach taken by Republicans with regard to Obama. They wanted to make Obama fail even if it meant punishing their own constituents and weakening the nation to do it.

This power madness is also difficult to see. Watching today’s Republican-led U.S. Senate set aside virtually every ethical and policy concern to quickly confirm Trump’s cabinet appointees is to see revealed the only real moral values they seem to hold: power and money.

Drain the swamp? They are creatures of the swamp. They count on their foggy swamp gas to hide their looting of America and their dismissal of constitutional and governing norms.

There are many people of good will within the Republican party. We shouldn’t have to say that. It’s an obvious fact, and they don’t need me to point it out. They live by values other than power and money. We may disagree, but we can respect their allegiance to those values, values they believe lead to better lives for all. In other words, they fight with integrity for their cause.

Integrity, however, is not a dominant characteristic of their party these days. In Trump’s world, integrity is an obstacle to be overcome. There was probably a course in overcoming integrity at Trump University.

Despite all of that, it remains true that we the opposition should support those initiatives of Trump’s we believe are good for our country. Once again, if this is the distinction that Matthews and Franken mean, they are right.

Does anyone see any sign in Trump that he respects any of us, Republican, Democrat or Independent?

Look at how he treated Mitt Romney or the others who went meekly before him at Trump Tower. How does rancher Susan Combs feel now after his implied ridicule of her? In his remarks praising former Gov. Sonny Perdue, Trump said Perdue was the only candidate for Secretary of Agriculture who knew anything about agriculture.

How about this: As long as Trump is not undercutting healthy and prosperous futures of our fellow Americans, we won’t undercut him. But until he demonstrates his commitment to our health and prosperity, we owe it to the country to undercut his policies at every turn.