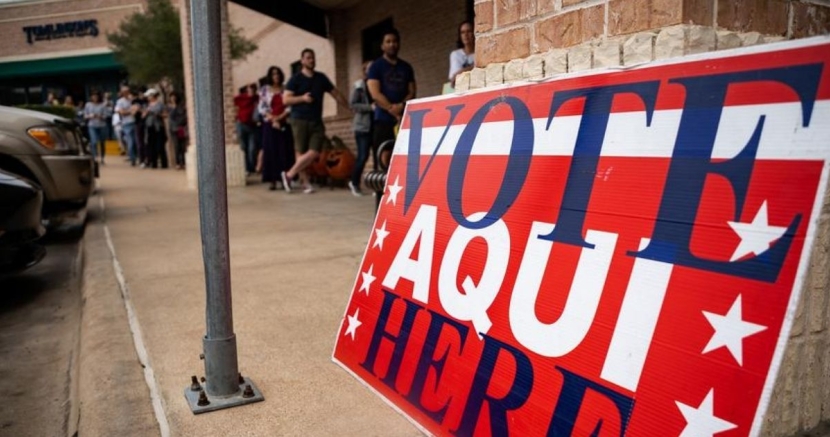 29 election bills in the Texas Legislature seek to criminalize 87 voting activities, many with felonies.

Progress Texas has compiled all voting bills introduced this session that seek to create new barriers to voting while also creating or enhancing criminal penalties attached to them. Within these 29 election bills, 87 activities are criminalized, 67 of which carry felony penalties.

“We see these bills for what they really are: an attempt to criminalize voting, particularly for Black Texans and people of color,” said Wesley Story, communications manager at Progress Texas. “Republicans are pushing election conspiracy theories and then using those same lies to justify bills that would punish Texans for harmless voting mistakes. There is no integrity in denying an individual their right to vote and subjecting them to criminal penalties in the process. Texas is already the hardest state in the nation to vote in, and Republicans are using shady tactics to pass voter suppression bills that are shady in and of themselves.”

Over the last several sessions, Texans have seen an increasing number of bills that create or enhance criminal penalties for voting, while groups across our state have been fighting to reduce mass incarceration. A few weeks ago, Republican House Speaker Dade Phelan even released a statement in favor of a “compassionate, common sense approach to criminal justice” and against “over-incarceration.”

Meanwhile, Republican legislators are feeding the false voter fraud narrative and pushing forward bills that would disproportionately impact young, new, and BIPOC voters and make voting more difficult for people with disabilities and older voters. This session, these bills have come in full force as legislators push harmful legislation that not only seeks to make the process of voting more difficult, but also creates criminal penalties for voting errors, such as assisting a voter with voting by mail in any capacity without filling out a new voter assistance form.

“It’s not just data that illustrates the disparate impact these laws have on Black voters and people of color, but there are real-world examples of these consequences in action,” said Chas Moore, executive director and founder of Austin Justice Coalition. “People like Crystal Mason have faced jail time because of excessive punishments for extremely minor voting mistakes. The message our Attorney General and some Republican lawmakers are sending to people of color is clear — they want us to stay away from the polls. But we will not be silenced by their voter suppression schemes.”

In addition, 47% of activities penalized would directly target volunteer poll workers and election officials simply for making decisions that best reflect the needs of the communities they serve. At the same time, these bills give free reign and unfettered access to polling places to partisan poll watchers, who have a history of harassing and intimidating Black and Brown voters.

Creating penalties designed to increase voting restrictions does nothing to preserve our democracy but does everything to target, prevent and criminalize the actions of individuals seeking to exercise their right to vote. If passed, these bills will have a devastating impact on marginalized communities in our state and unnecessarily punish Texans for simple voting mistakes.