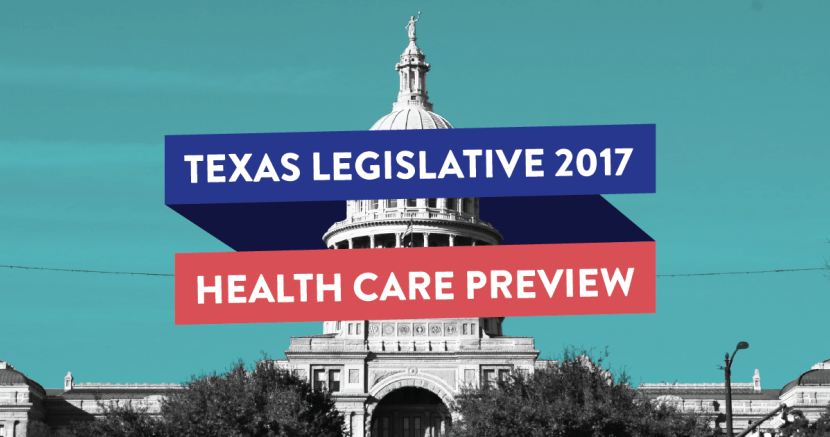 Uninsured Texans Fear the Worst from Texas Republicans This Session

Previewing the #TXLege - how health care coverage is going to change in 2017.

Yet, while staring at price tags for coverage under the ACA, Nicole found herself in a tough spot-- her income, due to her disability, was too low.

Nicole, having to pay for medication and treatment somehow, turned to credit cards.

“I have multiple credit cards, one of which is about to be maxed out,” said Nicole. “I didn’t have enough money to pay for insurance, so I paid [for medical expenses] through credit cards, and and now I don’t have the money to pay off my credit card debt so I have to take out loans. I’m trapped in this cycle.”

Nicole isn’t alone in this sentiment. In fact, she is just one out of Texas’ 4.4 million uninsured residents - a number that will rise to 6.9 million if Congress follows through on its push to repeal the Affordable Care Act.

Texas Republicans in the Legislature have made the case to repeal ACA for years, doing all they can to undermine the law. Going into session, it's clear that the state Legislature will continue offering no ideas to expand coverage - which isn't good, since it may be years before Congress comes up with a replacement:

“We’re talking about a three-year transition now that we actually have a president who’s likely to sign the repeal into the law,” said Senate Majority Whip John Cornyn (R-Texas). “People are being understandably cautious, to make sure nobody’s dropped through the cracks.”

The issue, however, is that there is no good way to “repeal and replace” the ACA.

Given the very limited number of replacement options, there is no quick and easy way to reinstate a substitute for the ACA. Volatility and uncertainty will lead to companies pulling out of the marketplace and ultimately trigger the death spiral of the ACA - not to mention the deaths of thousands of people.

To everyday Americans and Texans, though, the death of the ACA means medical and financial uncertainty.

“Rushing forward to repeal the Affordable Care Act before Congress has done the hard work of figuring out how to ensure continued access to affordable coverage will endanger the health and financial security of Texas families,” said Stacey Pogue, senior analyst for the Center for Public Policy Priorities. “Such an ill-conceived plan would create chaos in Texas’ health care system and strain our safety net.”

According to a new report from the Urban Institute, Texas would lose $62 billion in federal health care funding over a ten year period following a repeal of the ACA. Additionally, the national rate of uninsured children would rise from a “current historic low of four percent to nine percent.”

“I honestly can’t believe they would even consider doing this to families,” said Nicole. “It’s great that my 5 year old is covered under the state, don’t get me wrong. But what about the parent? What if my kid becomes parentless because I have to make the financial decision of paying bills over going to the doctor?”

Nicole worries that without the ACA, more and more Texans would find themselves in a similar position as her.

“Being [in the coverage gap] really is horrible. It is not something I would wish on anyone. Ever.”