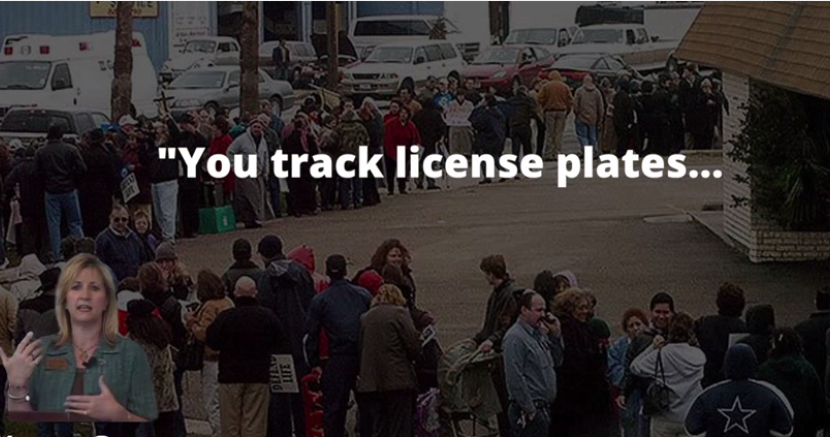 This training was conducted on the first day of the Whole Woman’s Health v Lakey trial, a lawsuit challenging the admitting privileges and ambulatory surgical center (ASC) provisions of House Bill 2 (HB2), the omnibus anti-abortion bill passed by the legislature last summer. Since the passage of HB2, more than half of Texas’ abortion clinics have closed, and if the ASC “mini-hospital” provision goes into effect, after September 1, only six or seven clinics will remain open in the state.

“The same groups that lobbied Texas lawmakers to pass HB2, a law that has nothing to do with the health and safety of women, are those outside abortion clinics, harassing and intimidating patients, blocking them from accessing the care they need, and threatening abortion providers. With fewer clinics for these stalking protestors to target, the dangerous impact of their intimidation tactics will be exacerbated. Texas women are now not only forced to travel hundreds of miles to even access a safe and legal Texas clinic, but once they reach a clinic they must also confront the very real threat posed by these anti-abortion activists. The anti-abortion harassment tactics outlined in this disturbing training lead women to seek dangerous alternatives.”

Abortion providers are routinely subjected to violence, including bombings, arsons, vandalism, burglaries, shootings, harassment, and stalking. Since 1993, 4 doctors, 2 clinic employees, 1 clinic escort and 1 security guard have been killed by anti-abortion violence. Since 1991, there have been 17 attempted murders.

Sign our petition and let the Texas lawmakers and the anti-abortion groups that pushed HB2 know that you won't be lied to and won’t back down. #FightBackTX