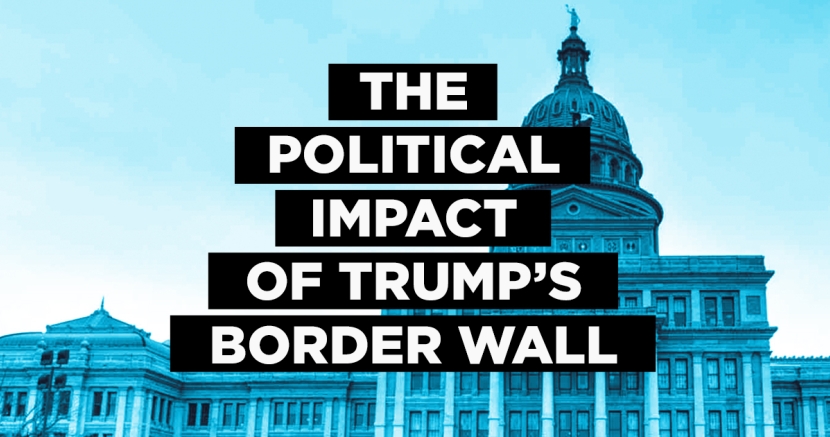 Trump is using federal workers as pawns in his political games

The president continues to play games with people’s lives in exchange for an ineffective, unpopular, racist border wall.

Welcome to day 35 of Trump’s government shutdown, with no end in sight.

If you were under the impression this shutdown had anything to do with border security, I have a bridge to sell you. It’s all a pointless game of political one-upmanship. Trump wants to build a monument to racism. And to aid his efforts, he’s using federal workers as pawns.

This government shutdown is the longest in history.

This government shutdown has been the longest in history and Trump is no closer to getting his wall than he was before it began.

Trump has not offered any practical deals. In fact, the only deal he has offered was laughable and put DREAMers at risk.

The government initially shut down under Republican control. With one of the largest GOP congressional majorities in recent history, Trump was not able to get the funding for the wall that he wanted. Now, with a Democratic majority in the House, Trump somehow thinks he’ll get more from Congress?

Most Americans are against the wall. Even Republicans understood the wall to be a fake campaign promise to bring out voters. But now, Trump is holding the government hostage by abusing his power in a desperate attempt to build a monument to hate.

Federal workers are paying the price.

In the midst of Trump’s temper tantrum, federal workers are not being paid.

Our president is fully prepared to put the livelihoods of federal employees on the line for his vanity project. Not only is he responsible for the shutdown, but he’s proud of it.

Here are just a few stories of federal workers being harmed from Trump’s shutdown:

Federal workers in Texas are applying for unemployment benefits and can't get them.

Faye Smith, a security guard at the Smithsonian Institute, can’t pay her rent.

Mallory Lorge is forced to ration her insulin and said she went to bed hoping she’d wake up.

A group of federal workers share their frustrations and ask Trump to quit playing political games.

Government agencies can’t do their jobs.

In addition to the devastating impact on federal employees, the shutdown also prevents essential federal agencies from doing their jobs.

TSA officers have been calling in sick or quitting. Flight traffic controllers are working long shifts. Resources at the FBI are quickly running out. FDA food inspections and lifesaving drug approvals could be delayed. Over 42,000 immigration hearings have been cancelled. National Parks are getting trashed and struggling to stay open. And the list goes on.

This shutdown could end today.

Senate Republicans could end the shutdown at any time by bypassing Trump with a veto override. But instead, they’re choosing to put party over country.

Democrats have been trying to get a vote to reopen the government since the shutdown began. But notorious human-turtle Mitch McConnell keeps blocking it. McConnell said he will not back a deal Trump does not support — even though the Senate voted unanimously before the shutdown started to keep the government running without funding for the wall.

If the issue were really about border security, then Trump or the GOP would open up the government and resume negotiations.

But, the GOP know most Americans don’t want this wall. And they know that sticking with Trump is only hurting them. A majority of Americans blame Trump and the Republican party for this shutdown. So why are they doing it?

The “let them eat cake” attitude from the Trump administration and the Trump family just go to show how out of touch they are with the struggles of everyday working people.

We need immigration reform, but not this kind.

Trump is systematically attacking immigrants at every turn and limiting legal immigration options.

The fact is, building a wall does nothing to improve the immigration system. What we really need is an overhaul of the entire system that focuses on efficiency and efforts to process citizenship applications and asylum requests faster. We need more legal ways to immigrate to the U.S. and an administration that treats immigrants with the dignity and respect they deserve.

Instead, Trump wants to spend billions of dollars on a border wall that would serve as a symbol for America’s failure to implement effective immigration policies.

A wall does not represent our country and neither does Trump.

Join our fight against Trump's inhumane border wall. Make a donation today and we'll send you our brand new 'No Border Wall' sticker so you can show your support.