Trump has no idea how the Fed interest rate works 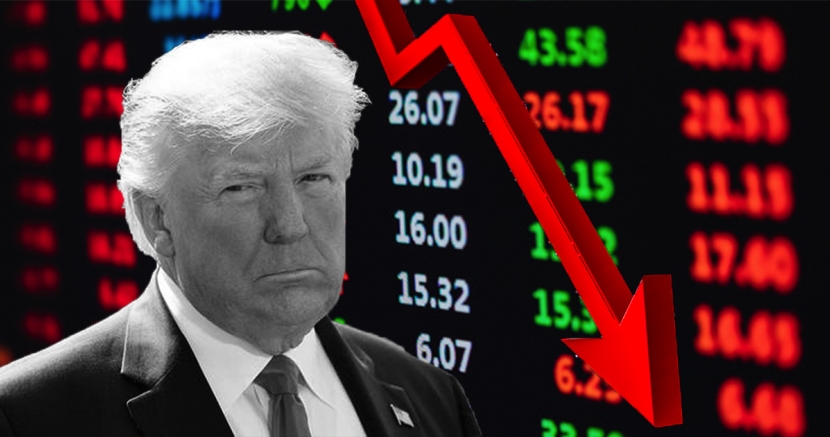 Saatvik Ahluwalia
A strong economy should work for all of us - not just the few.

If Donald Trump believes the economy is so strong, why is he pushing the Federal Reserve to slash interest rates? It is widely expected that the Fed will follow Trump’s directive this month, cutting the interest rate by .25%. Doing so could mean potential negative impacts on everyday Texans.

The Economy is doing really well. The Federal Reserve can easily make it Record Setting! The question is being asked, why are we paying much more in interest than Germany and certain other countries? Be early (for a change), not late. Let America win big, rather than just win!

Interest rates are usually cut in times of economic disaster, like a recession or depression. When the rate is cut, it theoretically encourages corporations, institutions, and consumers to spend and borrow more, thus stimulating the economy.

During the Great Recession, the Fed cut interest rates by almost 5%. This was during the worst economic disaster since the Great Depression. And their actions worked: during President Barack Obama’s two terms, the economy grew for everyone. As the economy recovered, the Fed began to raise interest rates.

The dangerous trade war with China

The trade war with China is producing instability across the global economy, including in Texas. Corporations feel a sense of unease and uncertainty as supply-chains and prices for raw and manufactured goods fluctuate.

The result is weaker economic growth. That is why Trump wants the Fed to cut rates, to boost the economy. In doing so, he is playing a dangerous game.

The Fed is supposed to be an independent, apolitical institution. Their focus is supposed to be managing employment and inflation growth. Pressuring them sets a dangerous precedent that future presidents can use to manipulate the economy in their favor.

In reality, Trump is attempting to cover-up his disastrous China trade war and boost his chances for winning re-election, all on the backs of poor and middle-class Americans.

Lowering the interest rate also hits Texans who are savers. As interest rates get lower, saving becomes less attractive. Consumers are encouraged to spend money to stimulate the economy. That means they have fewer savings for their next unexpected emergency, to start a business, or invest in their future.

If you’re an older Texan on Social Security, you could have it even worse. When people spend more money, they increase the demand for products. The increased demand for products drives up prices, resulting in inflation. This means your dollars won’t go as far. If you’re a saver, your money may be devalued over the long-term. In a “growing economy,” Texans could, somehow, become poorer.

Low-interest rates can result in capital flight, when financial assets leave one country for another, usually one with higher interest rates. We would hope Trump and his advisors would be aware of this, but, as usual, they are not:

The Federal Reserve should get our interest rates down to ZERO, or less, and we should then start to refinance our debt. INTEREST COST COULD BE BROUGHT WAY DOWN, while at the same time substantially lengthening the term. We have the great currency, power, and balance sheet.....

Unsurprisingly, Trump has no idea how the Fed interest rate works or what it’s negative impacts on Texans, and all Americans would be.

A zero interest rate would exacerbate everything mentioned so far. It would also take us to uncharted and dangerous territory.

If we hit zero, like Trump wants to, then it means we have no cushion when we hit another recession. The Fed will have no tools remaining to buoy the economy. And when that happens, it will be the poor and middle-class who will be impacted the most as their savings disappear and they lose their jobs.

What does it all mean?

Trump is looking to enrich his corporate donors at the expense of regular Texans. A strong economy does not need low interest rates. Cutting them now is irresponsible.

If Trump gets his way, the consequences will be far-reaching. The Fed will lose its reputation as an autonomous institution; becoming a tool for vain politicians. Texans could lose money and see their costs rise; further exacerbating income inequality. Finally, when the inevitable recession comes, the Fed, and America, will have no way to fight back. The poor and middle-class will suffer. All so that Trump can try to get himself re-elected.

What can you do about this? You can share this blog. Trump and his enablers are spreading misinformation about the Fed and what interest rates do. Share this blog and fight back.