Trump, Abbott, Patrick and the Tragedies of Mass Deportations 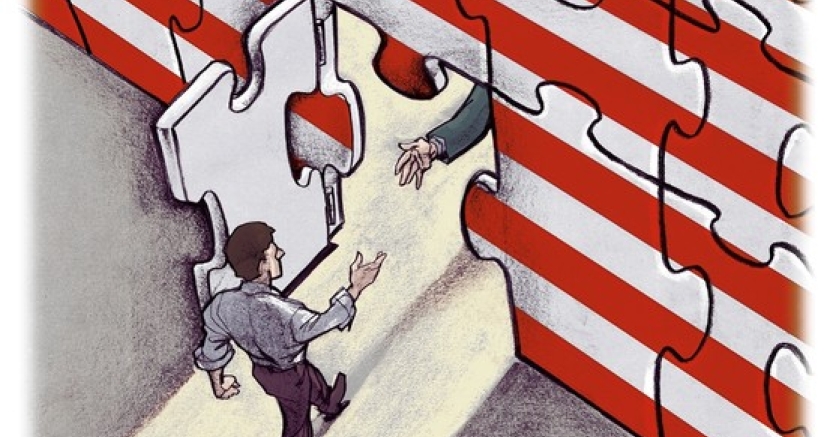 We don’t need to speculate about the consequences of the mass deportation of millions of people as proposed by Donald Trump and tacitly backed by Texas Gov. Greg Abbott and Lt. Gov. Dan Patrick. We can look to history and see the facts.

Twice, in the 1930s and 1940s, and again in the 1950s with the notorious and deadly “Operation Wetback,” deportees suffered inhuman conditions. Many died. Families were torn apart. American citizens were caught in the deportation net and transported to Mexico. Many never found their way home.

All of us should be alarmed by the prospects of a militarized “Deportation Force.” Hispanics in particular will be subject to racial profiling, harassment, and possible deportation despite their American citizenship. This demonization of a people destroys the collective soul of America. I may not be deported, but the country I love will be tragically diminished. All of us should resist this madness.

Dismissing criticism of the mass deportation proposals, Fox News host Sean Hannity, ignorant of history, said he’d seen pictures of “Operation Wetback” deportees and “they didn’t look all that upset as they were walking back into Mexico.” Really?

First of all, not all deportees walked to Mexico, Mr. Hannity. Back in 1948, a U.S. Immigration Service plane flying 28 undocumented workers from California to Mexico crashed near Los Gatos. All 28 died. While the four-member flight crew was identified by name, the 28 deportees went nameless. An outraged Woody Guthrie wrote a song about it called “Deportee.”

And he blessed the anonymous dead with names. “Goodbye to my Juan, goodbye Rosalita, adios mis Amigos, Jesus y Maria.”

“The Eisenhower mass deportation policy was tragic. Human rights were violated. People were removed to distant locations without food and water. There were many deaths, unnecessary deaths. Sometimes even U.S. citizens of Hispanic origin, of Mexican origin were removed. It was a travesty. It was terrible. Immigrants were humiliated.”

In an interview with NPR, Historian Francisco Balderrama, author of Decade of Betrayal: Mexican Repatriation in the 1930s, described the ugly truth behind racially motivated mass deportations. “There was a perception in the United States that Mexicans are Mexicans," Balderramasaid. "Whether they were American citizens, or whether they were Mexican nationals, in the American mind — that is, in the mind of government officials, in the mind of industry leaders — they're all Mexicans. So ship them home."

Balderrama goes on to describe how the families of American citizens are destroyed by these inhuman actions. NPR interviewed Estaban Torres who was a toddler when his father was caught in an immigration sweep of the 1930s. “My mother, like other wives, waited for the husbands to come home from the mine. But he didn't come home. I was 3 years old. My brother was 2 years old. And we never saw my father again."

Abbott and Patrick are already trying to force local law enforcement in Texas to become part of a Deportation Force. Abbott, weakly pandering to the most extreme elements of his Republican Party, has threatened to cut off law enforcement grants to cities and counties who don’t sacrifice public safety by becoming immigration police. There is, by the way, no such thing as a “sanctuary city.” The issue is whether local law enforcement should take away time from enforcing criminal laws to participate in a new decade of mass deportations.

All of this is taking place in a disturbing context. The state of Texas is refusing to issue birth certificates to newborns whose parents who may not have the right immigration papers. Some in the GOP event want to repeal the 14th Amendment which grants citizenship to babies born in the U.S. A federal appeals court has found Texas intentionally discriminated against Hispanics when drawing new election boundaries. Republicans refuse to accept billions in federal money to expand Medicaid, a move that disproportionately punishes minority children. New voter suppression laws disenfranchise minority voters.

That is not enough for the GOP, apparently. They now want local law enforcement to join the proposed Deportation Force and profile, harass and even deport American citizens. Make no mistake. That will happen. As noted above, history tells us as much.

It’s disturbing to think that many Republicans are aware that their actions will forever alienate Hispanic voters. Hence, their voter suppression, their intimidation and harassment of citizens, their mass deportation.