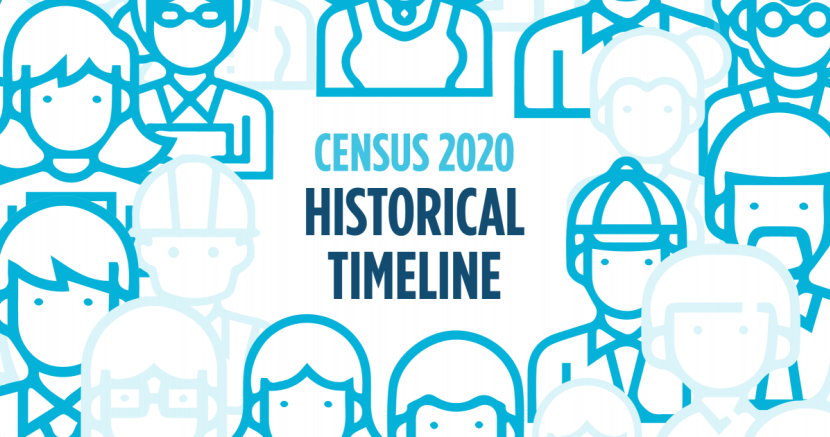 TIMELINE: The citizenship question & the 2020 census

Progressives will fight back against Trump’s overreach for citizenship data.

In a continuation of anti-immigrant sentiments from the Trump Administration, President Donald Trump has requested the Commerce Department pursue citizenship data without using the census.

Trump’s loss at the Supreme Court is a win for the 2020 census, which has never asked a citizenship question of all people since its creation in 1790, but his pursuit of citizenship data may still have negative consequences for all Texans.

The purpose of a census

The census first began in 1790 and happens every 10 years, as mandated by the Constitution of the United States. The framers of the Constitution chose population to be the basis for sharing political power, not wealth or land. Therefore, a census aims to count the entire population of a country and at the location where each person usually lives.

In a 2016 Supreme Court ruling, Justice Ruth Bader Ginsburg said, "Representatives serve all residents, not just those eligible to vote." Counting every person is not only a constitutional mandate, but is essential to ensuring that Texas can thrive for years to come.

The 2020 census is now being printed and will count every person living in the United States without a citizenship question. This will determine Texas’ federal aid, seats in Congress, the redrawing of districts, and more.

(including the history of the citizenship question)

A citizenship question has never been asked of all people living in the U.S., and would have had detrimental effects on the count of the 2020 census. Experts said this question would have greatly reduced census participation by intimidating immigrants, and estimated that Texas could have lost billions of dollars in federal aid and seats in Congress.

Just because the citizenship question will not be on the 2020 census does not mean this will not have an effect on our communities and the count.

Trump’s latest executive order is an overreach of power to fuel his obsession with citizenship data. This is part of a larger Republican effort to stifle minority voices and incite fear in immigrant communities.

This data could be used to target immigrant communities and families for additional raids, could play into redistricting, and is being used as collateral for Trump’s far-right base.

Non-citizens are about 10% of the state’s population and are crucial parts of our communities, economy, and more.

This fight is far from over and we will continue to advocate for all Texans to be counted fairly in the 2020 census, and for this intimidation of our neighbors and immigrant communities to cease.