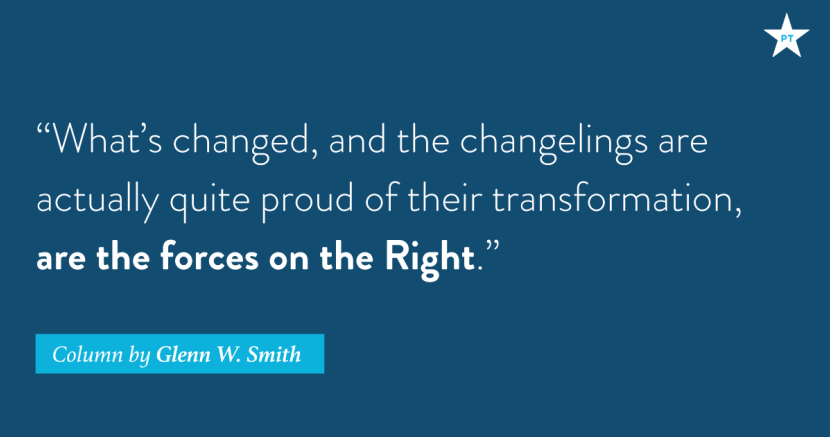 There is a Carnival on the Edge of Town

As the 2017 regular legislative session nears its end, we ponder the unfortunate consequences of today’s political circus

As the 2017 regular session of the Texas Legislature wobbles towards its end with the final shudders of a tacky carnival’s Tilt-A-Whirl ride, a few general thoughts on the changing nature of the Texas and American political circuses are in order.

For some uncounted number of years (please don’t!), your intrepid opinion writer has been advocating rather mainstream liberal Democratic goals: improved economic opportunity for all; equality under the law for all genders, religions, races, nationalities; quality health care as a right, not a privilege reserved for the wealthy; the highest possible quality K-12 and college education for our children; an environment that doesn’t poison us or warm us into extinction; the rooting out of government corruption.

Much of that agenda has been mainstream since at least the 1930s.

Today, however, it’s looked upon, let us say, unfavorably. Friends and family of a more conservative bent than mine are these days confronted quite often with expressions of incredulity or outrage: “How is it possible your brother is a, is a, is a…Democrat?” The final word is spoken as if it really means “Devil-worshipper.” For the record, I’m not one.

A more accurate critic might say that I’ve not done enough to advance that agenda rather than I’ve done too much or been too extreme. In fact, some do say that, fairly, I’m afraid.

Today’s pundits speak often of our political polarization. As noted before, that’s not quite the right word. Consider two people in a room. One remains pretty much the same. The other goes rather dodgy. We don’t say the room is polarized.

What’s changed, and the changelings are actually quite proud of their transformation, are the forces on the Right.

Years ago, Texas’ first Republican governor since Reconstruction, Bill Clements, signed one of the largest tax bill in the state’s history. He did so to meet the state’s education, health care and infrastructure obligations. Clements met his responsibilities to the people of Texas, even those who voted against him.

Clements would be tarred and feathered by today’s Republican Party.

No, today’s Republicans are all about: diminishing women’s access to health care to restore something like the male-dominated cultural hierarchy of yesteryear; returning to the era of Jim Crow laws to suppress the vote of non-whites; turning the First Amendment guarantee of religious freedom on its head by claiming it guarantees the right of religious discrimination, the very thing the Framers sought to erase.

Today’s Republicans want to privatize public education, ignoring the fact that the profit motive will work to reduce – greatly—access to quality education. This is just logic: the classroom is diminished as profits are skimmed. They look upon our universities with suspicion, not because of terrible tragedies like those plaguing Baylor, but because they dare to teach students to think rather than follow orders.

There are quite a few long-time Capitol lobbyists, former members (conservative ones, too) and observers who have witnessed these changes. Privately, they shake their heads. They know that the radical right is bad for business, which means bad for the economy, which means bad for everyone, even the children of the ideologues.

The tribal sorting in Texas and around the country is, ultimately, bad for democracy. Partisan redistricting gets some of the blame. Republicans in power used that power to fill their districts with the most dependable right-wing voters they could find. Over time, a tail of extremists could wag the dog. Elected Republicans pandered more and more to fringe voters.

The recently deceased Roger Ailes, master of the politics of resentment and founder of Fox News Channel, has a lot of explaining to do with the doorkeepers of the afterlife. Fox, and the massive organization of right-wing think tanks and radio hate-talk hosts, set out to divide us. Theirs was a tribal effort: create the right-wing tribe, worry later about policies and consequences.

It worked. And a special attraction is now appearing at the political carnival, please welcome Donald Trump, the Incredible Mirror Man. He can’t see you, but you can see in him what your tribe demands you see. A Marvel of Modern Politics.

Closer to home, in a sideshow tent of his own, there’s Lt. Gov. Dan Patrick, who, like a Kardashian or Paris Hilton, is a mere child of celebrity itself, a sportscaster whose cheesy antics cost him his gig, a former bar owner (Texas has a lot of those), and a former radio hate-talk host. He’s no ringmaster, but he plays one on TV. What else matters?

Something must, and soon.