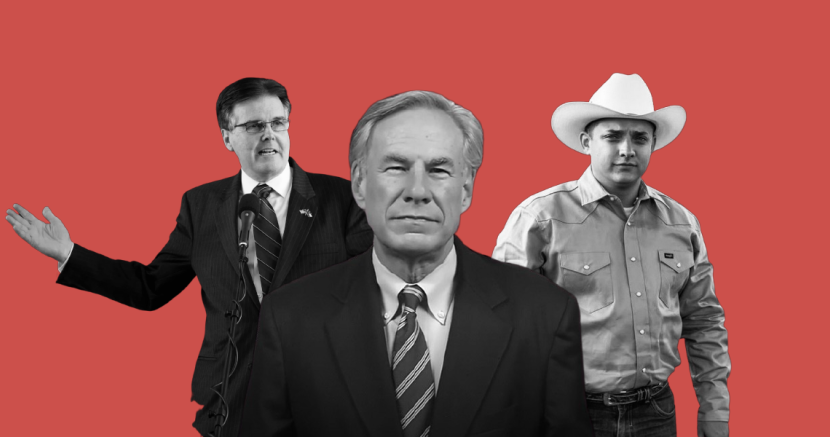 Abby Springs
Recently filed bills would make it harder for Texans to access the ballot box.

Republican legislators at the State Capitol have introduced over two dozen bills that limit the voting rights of Texans across the state, especially Texans of color.

Led by Gov. Greg Abbott, the Texas GOP has made “election integrity” a priority in the current legislative session, which is really just code for voter suppression. If passed, these bills would restrict access to the ballot box, making it more difficult for Texans to exercise their fundamental right to vote.

The largest of the bills is Senate Bill 7 (and its companion bill House Bill 6), which Abbott has identified as an emergency item for this session. After Harris County introduced measures to make it easier for Texans to vote in 2020, SB 7 is the Republican response. This bill would ban voting beyond 7 a.m. to 7 p.m., require a doctor’s note for curbside voting, and ban counties from sending out mail-in ballot applications. It would also get rid of all mobile, outdoor, and drive through polling places and allow poll watchers to film and record voters. In other words, it's a dangerous bill that reduces voting accessibility and invites discrimination and harrassment.

SB 7 is only the tip of the iceberg. There’s also HB 61, which requires voter registrations to be completed using ink on paper, HB 329, which uses data from the Department of Homeland Security to confirm citizenship status, and HB 1725, which requires absentee ballots to be delivered by mail. SB 1113 would punish election officials if they didn’t purge voter rolls enough,  and SB 1115 bans jurisdictions from expanding their voting hours.

These laws are just the latest in a long history of disenfranchising voters of color. Bills like these will disproportionately impact BIPOC Texans, who already have more difficulty accessing the polls because of systemic racism in our election system. As Stacey Abrams described similar efforts in Georgia, “It is a redux of Jim Crow in a suit and tie.”

Abbott and other Texas legislators pushing for these bills say that the legislation is needed to prevent voter fraud in Texas, but those claims have no basis in reality. As Rep. James Talarico recently pointed out, voter fraud in Texas is less likely than your chances of getting struck by lightning, winning an Olympic medal, or getting hit by an asteroid. Abbott himself admitted that there was no evidence for voter fraud in the 2020 election. In fact, the office of our indicted Attorney General Ken Paxton spent 22,000 hours looking for voter fraud and found just 16 cases of false addresses on registration forms.

Voter fraud is not an issue in Texas, but Republicans trying to disenfranchise voters of color certainly is.

It’s no secret why Republicans are introducing these bills now — they’re scared that Texas is going to turn blue, and keeping us from voting is the only way they can stop that from happening. Each election, Democrats flip seats across the state, from the federal to the local level. Republicans are realizing that their days in Texas are numbered, and they’re trying to cheat the system to stay in control.

The best way you can protect your right to vote in the future is to organize against these bills now. You can sign and share our petition demanding your representatives protect your right to vote. Write, call, and email your legislators to tell them to vote against anti-voting legislation. Share information about SB 7 and other voting-related issues on social media, so your friends and family know about these dangerous attacks on our rights. There’s also promising legislation on the federal level, like the John Lewis Voting Rights Act, that you can advocate and fight for.

If we fight to protect our right to vote now, we can use it to vote out racist Republicans in 2022.