Texas Pride: Stories of the LGBTQ Movement & People of Texas 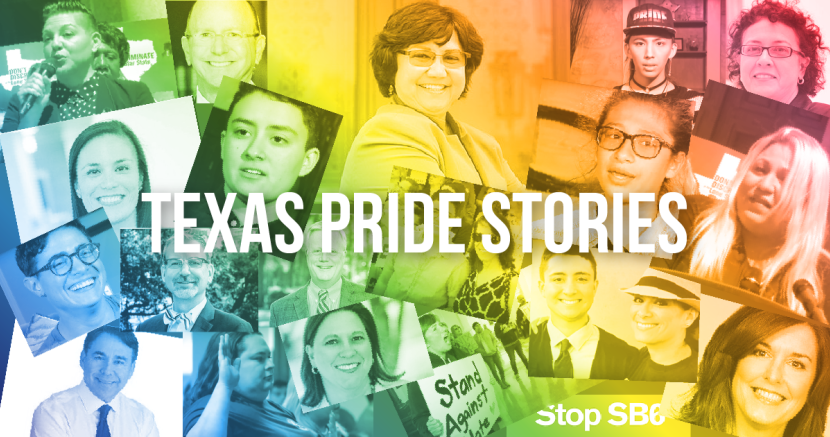 Wesley Story
Throughout the month of June, Pride celebrations replete with rainbow flags and messages of support help us remember that we are not alone in this fight. And stories of victories and of struggles remind us why we must continue to fight.

While the case was a major victory for the movement, the lesbian, gay, bi-sexual, transgender, and queer (LGBTQ+) community in Texas still faces immense challenges, discrimination, harassment and violence in many forms, and attacks by lawmakers who do not see members of the community as deserving of equal rights.

Resilience in the face of adversity.

The LGBTQ movement has always been comprised of strong leaders who stand up for LGBTQ rights in the midst of overwhelming struggles, often without the credit they deserve.

Throughout the month of June, Pride celebrations replete with rainbow flags and messages of support help us remember that we are not alone in this fight. And stories of victories and of struggles remind us why we must continue to fight.

Below, we have compiled some of the most moving and powerful stories of the LGBTQ movement and people in Texas, many coming from Texas organizations working to promote LGBTQ visibility and advocate for equal rights.

Equality Texas collects stories through their TransVisible Project, an education campaign meant to reduce prejudice against transgender Texans. Here are some of those stories:

Ana Andrea Molina is a trans woman who spends her life defending and protecting the rights of the trans community.

Mason Cantu, an 18-year old transgender male who grew up in Corpus Christi, wants his story to inspire others to be their authentic self.

Jeremy Ivester, a transgender man living in Dallas, chronicled his transition with a video diary and is working with his mother to write a book about his journey.

Neta is a bilingual multimedia platform based in the Rio Grande Valley that creates engaging content to amplify the voices of border residents. Here are some of their stories on the LGBTQ community and people in South Texas:

Neta takes a look at the the LGBTQ history of the Rio Grande Valley and its first Pride Month.

Franzelly Garcia, a lesbian Brownsville photographer, uses her art to take a stand against LGBTQ discrimination.

Kurt Ramirez, a transgender man, discusses how his transition gave him unexpected male privilege at work.

Dr. Cordoba, one of the Grand Marshals for this year's Pride in the Park: Love Without Borders, is one of the people behind the groundbreaking gender care clinic in the RGV.

During the Texas legislative session, the Transgender Education Network of Texas collected the testimonies of transgender, non-binary, and intersex people and their allies and documented them for everyone to read. Read their stories, words and messages here.

At least 48 openly LGBTQ Texas candidates ran or are running for office this year, a number roughly three times higher than any previous election cycle.