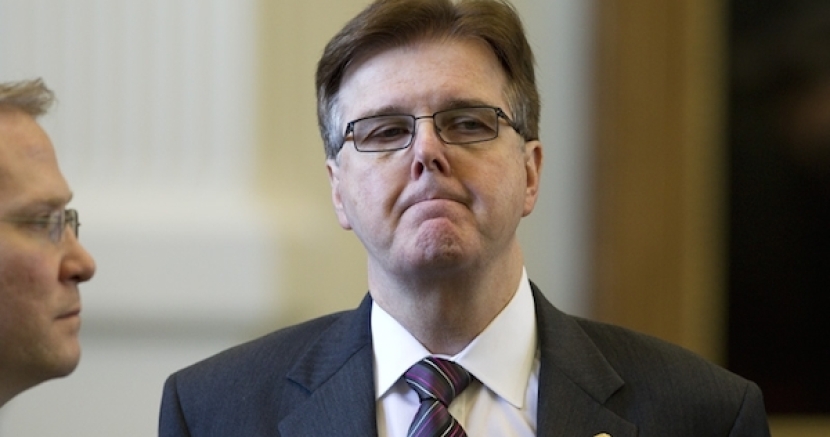 Lieutenant Governor Dan Patrick’s state budget proposal will have a glaring omission this year: no funding for the state Public Integrity Unit – the independent watchdog that investigates political corruption by elected officials. Eliminating funds could result in fewer, or at least greatly delayed, consequences for state officials engaging in corrupt activities, since the PIU would have limited resources to investigate alleged wrongdoing.

This continues a dangerous pattern of Republican overreach in 2015. It’s an example of conservatives talking about limited government while simultaneously abusing the levers government for their own political agendas.

“He offered no reason for not funding the unit, saying only that the Senate budget would not include money for it.”

The only office Republicans do not control is the one that watches over them – so now they want to defund it.

Dan Patrick has suggested reassigning money to the office of Republican Attorney General Ken Paxton but, given Paxton’s recent legal issues, he could potentially be the subject of additional investigations. In such an instance, would a state official then be in charge of investigating himself? This further underscores the need for an independent watchdog unit.

Republicans have attacked the Public Integrity Unit, suggesting that the office unfairly focuses on Republican officials. Even if we suspend the reality that Texas is run entirely by Republicans (and thus they are the only state officials), we still see that their claims crumble upon closer inspection. Over the course of its history, PIU investigations have yielded 22 indictments: 16 Democrats and 7 Republicans.

It should be noted that outgoing Governor Rick Perry is under indictment for threatening to veto funds in exchange for the Travis County DA’s resignation. The case relates to Perry’s claims that she lost the public trust after a drunk driving arrest. It should also be noted that Rick Perry’s administration hired former legislator Jack Stick, who had recently been arrested for drunk driving, and promoted him to a ranking position within the administration where he awarded nearly $110 million in state funds to companies on a no-bid basis. Recently, he was forced to resign because…Perry administration official Jack Stick had compromised the public trust. Go figure.