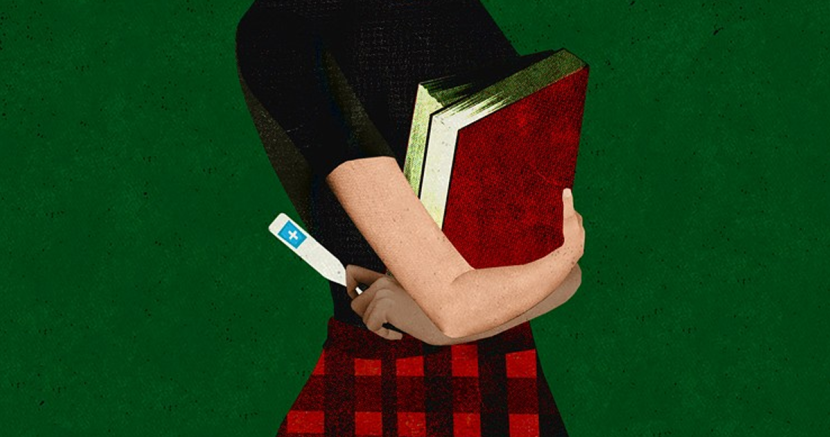 This blog was originally created by Jane’s Due Process

One of the most frequent questions I was asked when I ran the hotline at Jane’s Due Process was, “How long is this going to take?” A scared teenage voice would falter at the other end of the line, her hope palpable through the phone. “It could take anywhere from a few days to a month or even more to get a decision about your bypass,” I would respond, the only answer I could give, even though I hated it.

“Do you think I have a chance of getting my bypass, Miss?,” the girls or “Janes” often asked near the end of our phone calls, after disclosing deeply personal information in the hopes of getting an abortion. My answer, again, felt just as useless, “It’s really hard to know, but you’re doing everything you can.”

I share these two common questions because they shed light on the unpredictability of the judicial bypass process here in Texas, a key finding in the study published in September in the Journal of Adolescent Health. I and my co-authors interviewed 20 young women who had gone through the judicial bypass process in Texas and uncovered a system that is largely based on luck — not on legal precedent. What mattered most in determining whether or not these young women were granted permission to consent to their own abortion was the judge randomly assigned to their case. The actual facts of the case, it seems, were practically irrelevant.

One young woman was denied her bypass after the judge — far outside of his scope of legal practice — concluded that she was too far along in her pregnancy to terminate, despite her being well within the legal limit. This judge readily admitted that she had proven herself to be “mature and well-informed” (a finding which legally requires that the bypass be granted), yet he chose to impose his personal beliefs in such an egregious way to force this young woman to continue the pregnancy and give birth. Clearly, judges inserting their own personal bias into their decisions is unpredictable and highly unethical.

Pregnancy, we know, is a time-sensitive matter, especially for someone who wishes to have an abortion and/or keep the pregnancy private. For many Janes, delays in the bypass process are dangerous because keeping their pregnancy private is essential to their safety. In addition to unpredictability of treatment of the Janes in court, our study found alarming variability in length of the process. Some young women recalled a relatively short process that only included one visit to the courthouse. Others recalled a process that took weeks, including additional courthouse visits. An extra visit to the courthouse might not sound terribly burdensome, but when a trip to the courthouse requires skipping school, extensive travel time on a bus, and unaccounted for time away from home, we begin to understand just how burdensome this extra visit can be.

My own experience working with Janes was reflective of our study findings; some Janes received a bypass within a few days of their initial intake, while others were forced to wait over a month, increasing cost and access barriers and the risk of their parents or guardians finding out.

The study leaves us with a vivid image of a broken system, one in which is purportedly designed to protect adolescents, but in practice harms them. Far from shielding youth from the dangers of autonomous decision-making, the judicial bypass process is unpredictable, burdensome, and traumatic.

Study participants described the process as “humiliating,” recalling having to “bare their lives” to strangers in the courtroom, oftentimes disclosing personal matters that they had never shared with anyone, including detailed sexual histories. Many young women were shamed for having sex, getting pregnant, and choosing abortion. Others reported they cried during the hearing when asked to discuss their painful family life – including abuse.

Validating these findings, my experience talking with hundreds of Janes brought to light an alarming pattern of the normalization of abuse. It was commonplace for judges to elicit deeply personal information — including trauma and abuse — from Janes during their hearings, and then to subsequently invalidate and normalize these traumas.

I recall a Jane who bravely shared with a judge that when her father found out she had a boyfriend, he forced her to lay face-down on the train tracks as he berated her for being a “slut.” Jane was afraid to share this information with strangers, but she understood it was necessary (this was, after all, why she was afraid to disclose her pregnancy to her father). An appropriate and protective response would have been one that sent a clear message to this young woman that her father’s behavior was abusive and unacceptable. Instead, the judge dismissed her disclosure of abuse and denied her bypass, thereby sending the message that the abuse she endured was not of concern, and forcing her to disclose her pregnancy to her abusive father. Jane received no additional support from the court system.

Given our study findings, the experiences of these brave young women beg the question: Is the judicial bypass process really just a form of state-mandated punishment masquerading as a protective measure?