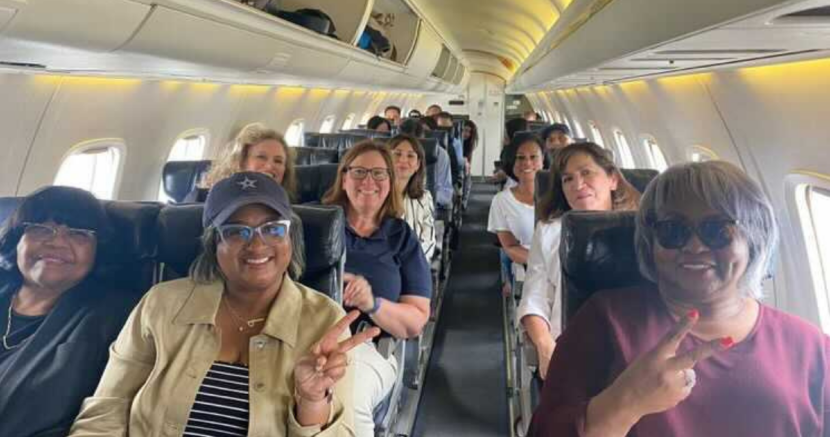 Texas Democrats boldly did what was needed to stop voter suppression. It’s time for Congress to do the same.

For the second time in three months, Texas Democrats will break quorum in the Texas Legislature to protect our right to vote. It’s a historic moment that highlights the urgent need to defend our democracy from GOP attacks, as Republican legislators continue to push voter suppression bills that restrict access to the ballot box.

How did we get here?

You may remember just a few weeks ago, on May 30th, when dozens of Democrats left the floor of the Texas House on the last working day of the legislative session to kill anti-democracy bill SB 7. The legislation restricted voting hours to target Black voters and made it easier for judges to overturn election results, among other dangerous voter suppression provisions.

Thankfully, Texas Democrats walked off the House floor and prevented the Legislature from reaching a quorum, which is basically the attendance requirement needed to pass bills. The House and the Senate adjourned sine die the next day, killing SB 7 for good.

Gov. Greg Abbott’s response, akin to a tantrum, was to veto the entire budget of the Texas Legislature, eliminating the salaries of over 2,000 legislative staffers - a majority of which are Republican. He said he would return the funding if the Legislature reconvened in a special session to pass voter suppression legislation, putting the entire Legislature under an unconstitutional extortion threat.

Thus on July 8, 2021, all 181 legislators returned under duress for the special session, where it immediately became clear that Texas Republicans were only interested in pushing far-right legislation without negotiation or listening to the hundreds of voters who showed up to testify. And instead of addressing real problems in our state - fixing our energy grid or expanding healthcare access- Republicans filed bills that attack voting rights, trans rights, abortion access, diversity-equity-inclusion education, and more.

That left Democrats with a choice: stay in Texas to watch the GOP strip away our rights, or leave the state to protect them for good.

That brings us to today — dozens of Texas Democrats have officially left Texas, flown to Washington D.C., and denied Greg Abbott a quorum to pass his far-right priorities.

What does this mean for the special session?

A quorum break is a legitimate form of legislative protest that Texas Democrats are using to defend our democracy. Without a quorum, lawmakers can’t pass a single bill, meaning all Republican priorities are officially dead. Here’s some of the legislation that Texas Democrats may have killed with their historic walkout:

Texas Democratic lawmakers should be applauded for their courage and sacrifice, even as they’re operating under Abbott’s threat to veto funding for their entire staff.

We also have to shout out the legislative staffers working tirelessly to support the quorum break, many of whom don’t know if they’ll be getting a paycheck come September. Y’all deserve so much better than Dictator Abbott.

And of course, none of this would be possible without the tireless efforts of voting rights advocates over the last few months.

During the first weekend of the special session,  more than 300 Texans showed up at the Capitol to testify against voter suppression legislation, some waiting until 6 in the morning the next day just to make their voices heard. Without that advocacy, Texas Dems wouldn’t have the support that they need to make the quorum happen, and those voices will be the ones to flip Texas blue next year.

It’s no accident that Texas Dems chose D.C. as the destination for their historic quorum break. Their efforts stopped voter suppression in Texas for now, but we need Congress to take action to protect our democracy for good. The ‘For the People Act’ and the ‘John Lewis Voting Rights Act’ are two bills with the potential to transform our democracy into one that works for all. But in order to pass them, we need Congressional Democrats to eliminate the filibuster and get to work protecting our vote.

The stakes couldn’t be higher, and democracy is on the line. Texas Democrats boldly did what was needed to stop voter suppression. It’s time for Congress to do the same.