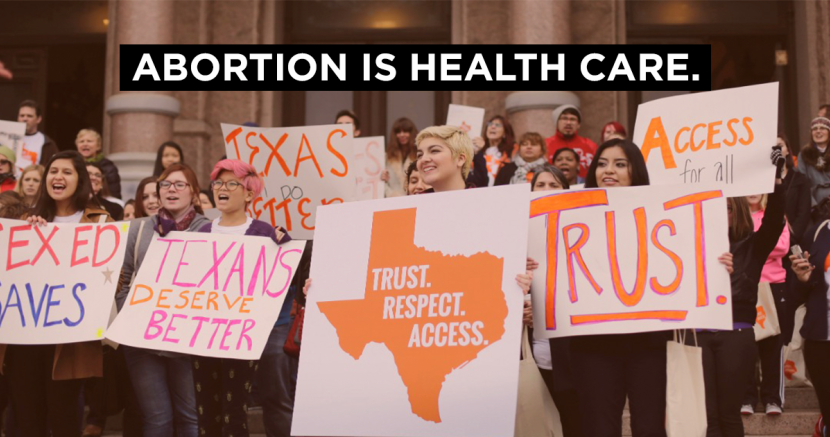 Wesley Story
Abortion advocates and community leaders are fighting back against these local ordinances and demonstrating our collective power.

A growing number of anti-abortion extremists in small towns throughout the state have taken it upon themselves to pass unconstitutional abortion bans, adding fuel to a campaign meant to score political points and mislead Texans.

This dangerous anti-abortion campaign began in June of 2019 when Waskom City Council voted to outlaw abortion in response to national abortion bans popping up across the country. After that, a number of East Texas towns followed suit.

Most recently, Big Spring, Colorado City and Rusk voted in favor of the anti-abortion ordinances, which are of contested legality and enforceability.

These ordinances are meant to confuse Texans.

Roe v. Wade is still the law of the land and abortion is still legal in Texas. However, the local ordinances are dangerous because they are intentionally confusing.

While the restrictive ordinances are not the same for each town, with some of the city councils being forced to remove certain provisions to pass the ordinance, the goal remains the same. The bans are an attempt to instill fear and mislead Texans about their rights.

Every Texan must make their own health care and reproductive health care decisions, under the guidance of their medical practitioners. Access to reproductive care and abortion allows individuals and families to receive the support needed to thrive in our state, and these extremists are attempting to block that freedom.

Some of the ordinances go as far as outlawing emergency contraception such as Plan B, criminalizing reproductive rights groups, and fining doctors for performing abortions. These are extreme proposals that no one should support, regardless of their position on abortion.

Abortion is still legal in each and every Texas county, and this extreme proposal is a tactic for abortion opponents to score political points and mislead Texans about their rights. Local leaders know this, and have even admitted that the ordinances are mostly for show and would not hold up in court.

The ordinances reveal the desperation of the anti-choice movemen​​​​t. They will be litigated and they will be stopped.

Reproductive rights advocates will continue to fight back.

A majority of Texans and Americans support access to safe, legal abortion care and say that they do not want Roe v. Wade overturned. Fortunately, reproductive rights advocates across the state are fighting back.

While some towns have chosen to follow in Waskom's shameful lead, other towns like Mineral Wells did not succeed in passing the ordinance because of the strength of reproductive rights advocates and local community members that have come out against it.

Advocates have also seen success in other cities across the state involving increased abortion access. For example, Austin recently became the first city in the nation to approve public funding to help residents better access abortion, marking a major win for Texans.

We believe in a Texas where every single person can access each and every health care option - regardless of where they live, how much they make, their gender identity or immigration status.

Texas needs leaders at all levels of local, state, and national government to support, trust, and respect an individual’s health care decisions and guarantee the right to abortion.

If you want to join in the fight to ensure these unconstitutional, extremist bans are stopped, sign up for updates.