It's time for integrity and fairness in our elections 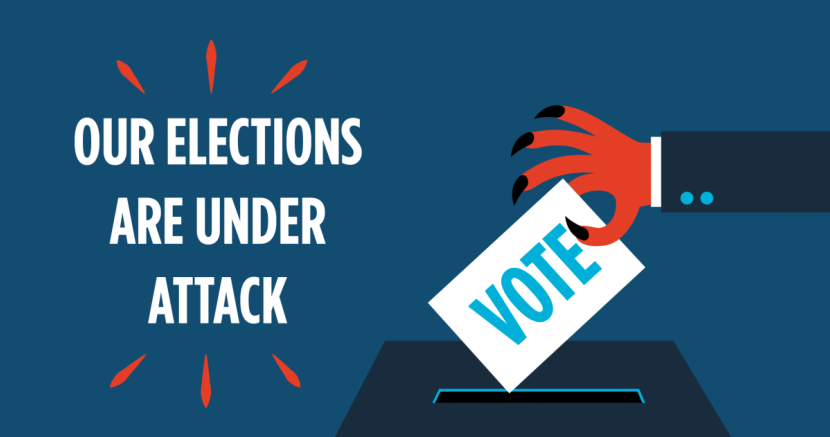 The 2018 midterms saw historic levels of voter registration and turn out, but because of barriers to voting, the Texas election administration was ill-prepared for Election Day.

According to a new report from the Texas Civil Rights Project, election administration issues impacted at least 277,628 voters–more voters than the margin of victory for Ted Cruz in 2018. Whether it be late poll openings, three-hour waits at polling locations, a lack of polling places on college campuses, or counties overwhelmed by paper registration applications, our system is failing us.

Republican’s failed leadership has lead to archaic Texas voting laws that are purposefully designed to reduce the number of eligible voters who cast their ballots.

These issues do not arise equally for all Texans.

This broken system falls on the backs of people of color, young people, folks with disabilities, low-income communities, and those with prior felony convictions, who are much more likely to encounter roadblocks to participating in democracy.

The right to vote is a privilege and responsibility of every American, and we need elected officials who value integrity and fairness in our election system. And Texas Republicans have left our election system broken and inaccessible to over 277,000 Texans.

Instead of using this legislative session to protect the vote, Texas Republicans are pushing a dangerous assault on voting rights with SB 9, which would weaken safeguards on private information and give indicted Attorney General Ken Paxton access to the voter rolls where he could further threaten and intimidate voters of color.

This bill would escalate the voter suppression we have already seen and make access to the ballot more difficult for thousands of Texans. Of particular concern is the fear mongering and dishonesty at the core of this piece of legislation. We already know that voter fraud is a manufactured problem and what is often taken as fraud is pure confusion at a system designed to deceive those out of the know.

Instead of modernizing our elections, Texas Republicans want to criminalize confusion. And you remember David Whitley? Governor Greg Abbott’s nominee for Secretary of State who attempted to purge thousands of voters from the voting rolls?

If SB 9 had been in effect, he not only could have gotten away with purging thousands of voters, but could have wrongfully convicted thousands of Texans with his false claims.

With some of the lowest voter turnout numbers in the country, our lawmakers should be doing everything possible to create a culture that supports voting. We need laws that modernize our election system, reduce barriers to the ballot box, and provide automatic voter registration. Every issue we care about is negatively impacted by an election system rigged against everyday people.

We need an election system that works for all Texans, and it is time we stand up and demand free and fair elections once and for all. Together we can work for elections that work for us, elections in which all of us have the freedom to choose our leaders and the right to speak up for our values. Together we can protect and defend our fundamental right to vote.

We need your voice! Take action now and add your name to email Senators to vote NO.