As 'Roe' hangs in the balance, Texas must elect more women 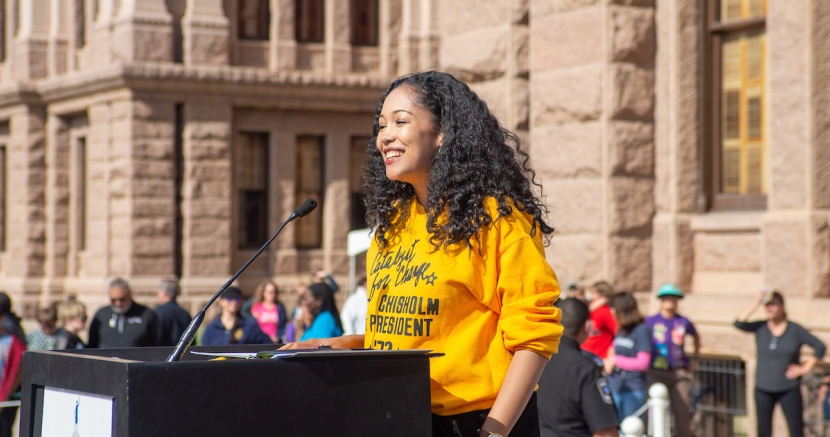 Royce Brooks
Texas women have led the fight for abortion access, and voters have the power to fight anti-abortion extremists in November.

On January 22, 1973, the U.S. Supreme Court ruled on Roe v. Wade, and the landmark decision that legalized abortion as a constitutional right has been under attack ever since. In 2020, as the ruling reaches its 47th anniversary, the fight to #SaveROE is more important than ever.

Texas women have always led this fight. Texas attorneys Sarah Weddington and Linda Coffee argued the landmark case in front of the Supreme Court, lifting up the needs of millions of women in the highest court in the land. More personally, my own Gran, a Fort Worth native, homemaker, and proud mother of five, served for years on the local board of Planned Parenthood, because she knew that every reproductive decision a woman makes – including the decision to lovingly raise five children – deserves respect.

Today, we’re fighting the same fight that those women confronted decades ago, even though support for abortion stands at its highest level in more than two decades. From small towns working to ban abortion, to major cities issuing anti-abortion proclamations, to Attorney General Ken Paxton stripping state employees of their right to donate a percentage of their hard-earned paycheck to Planned Parenthood, Texas is seeing increasing attacks on abortion access and quality of care.

NPR reports that there are currently only 22 abortion-providing clinics serving the nearly 30 million people of Texas. This leaves many women, especially those in rural communities, up to 200 miles from the nearest clinic that can provide what in some cases is life-saving care. And it’s no secret that attempts to place further restrictions on clinics and enact “heartbeat bills” are actually intended to serve as means for SCOTUS to overturn Roe.

So, how do we fight against anti-abortion extremists? We elect more women.

The Power of Women

We know that women win their races by doing more work than their male counterparts, by making a concentrated effort to reach voters where they are, and by being authentically committed to change. The way they run and win their races directly translates to how they serve in office, and once elected, research shows they continue to do the most work. They continue to reach people where they are when their voters become constituents, taking an expansive view of their community obligations and considering the impacts of their decision-making beyond the strict bounds of their districts. They continue bringing their authentic experiences to the work they do and serve because they felt called to, not because they’re guided by personal ambition.

The bottom line is that women govern differently from men – more transparently, less ideologically – and those differences serve to benefit everyone.

We are one seat away from breaking the Republican supermajority in the Texas Senate and nine seats away from flipping the Texas House. There have never been more women serving in the state legislature than there are right now, and Texas has yet to have a woman serve as Speaker of the House – both of these things can change in November.

We must elect progressive women who support abortion up and down the ballot to help ensure that we have leadership that will protect abortion access and fight for the health and dignity of all Texans.