Rights at Stake: Supreme Court cases progressives should be watching 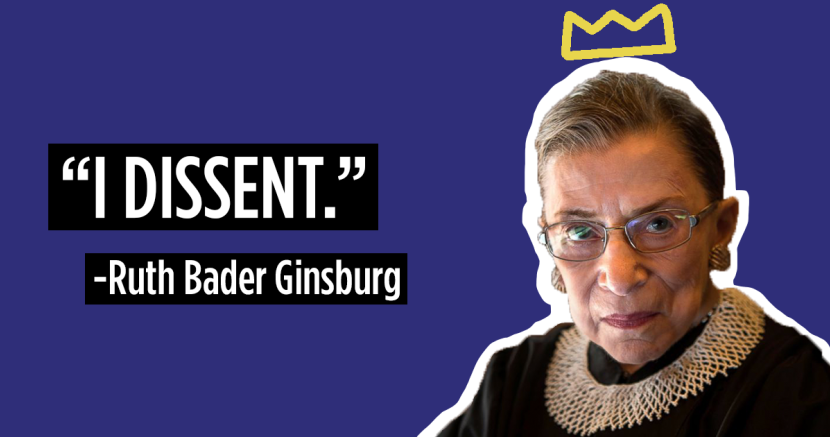 Wesley Story
The Court is set to hear arguments and rule on important issues that will impact our rights during this term. Here are the cases we’ll be watching.

Editor's Note: This blog may be updated as cases are announced and as oral arguments are heard.

The United States Supreme Court is set to hear oral arguments and rule on cases addressing issues such as abortion, LGBTQIA+ rights, immigration, and more throughout their new term.

In both of these cases, the Court will decide whether Title VII of the Civil Rights Act of 1964, which makes it illegal for employers to discriminate on the basis of race, color, national origin, religion and sex, also protects against discrimination based on an individual’s sexual orientation.

The Court will also decide whether Title VII of the Civil Rights Act of 1964 prohibits discrimination against transgender employees based on either their status as transgender or sex stereotyping. This is the first time ever the Court has considered a transgender civil rights case.

After ruling that the Constitution guarantees the right to same-sex marriage in 2015, the Court has failed to rule in favor of discrimination protections for LGBTQIA+ people. Queer folks deserve FULL equality under the law. We stand with those fighting for these rights and urge the Court to grant these protections for all LGBTQIA+ individuals.

This case was brought by the Center for Reproductive Rights and challenges a Louisiana law designed to close clinics and undermine access to abortion. June Medical Services LLC v. Gee is identical to a 2016 Texas case, Whole Woman’s Health v. Hellerstedt, in which the law being debated was struck down as unconstitutional.

Last we checked, the Constitution hasn’t changed since 2016. The only difference now is that Justices Neil Gorsuch and Brett Kavanaugh (who has multiple sexual assault allegations) sit on the court. We’ve fought this fight before with The People’s Filibuster, and now it’s time to fight again. Read more on this case here.

4. Department of Homeland Security v. Regents of the University of California

In 2017, the Trump administration declared the program illegal and tried to shut it down, but lower federal courts blocked the effort. The plaintiffs in the case say the government violated federal law by failing to cite adequate reasons for abruptly canceling the program.

Trump’s attacks on the DACA program have a disproportionate effect on Texas families, with more than 110,000 DACA recipients residing in the Lone Star State. We’ll be watching this case closely and urge the Court to rule against Trump’s cruelty.

Separation of Church and State

In this case, the Court will decide whether a state law that provides funding for education, but excludes religious education options, violates the Religion Clauses or the Equal Protection Clause of the federal Constitution. Montana’s constitution prohibits any direct or indirect payment to church-affiliated schools. Parents who want to send their children to a Christian school claim that provision violates their freedom of religion. However, the provision applies to ALL religions.

The Court will now consider whether Montana can block religiously affiliated schools from participating in the state’s scholarship program. We stand with the Montana Supreme Court’s ruling and call on SCOTUS to uphold our nation’s principle of the separation of church and state.

The justices may also take up a case that could change the way the president is elected.

The Electoral College is made up of electors who cast each state’s official votes for president. In 2016, 10 of the 538 presidential electors voted or attempted to vote for someone other than their pledged candidate. Three of those electors in Washington state voted for Colin Powell rather than Hillary Clinton and were fined. They are now asking SCOTUS to take up their appeal.

If the Court chooses to take up the dispute, it would have time to rule on the issue before the Electoral College meets in December 2020 to cast the formal vote for president.

This issue is one of protecting our democracy. By not voting for their pledged candidate, electors essentially silence voters. The Court should rule in favor of democracy and integrity in elections by requiring electors to vote for the candidate the voters have chosen. If members of the electoral college can choose to vote for whoever they want, then we’d be leaving the decision of who will be president in the hands of 538 people.

Follow along with us for updates as decisions are made on these cases.