Rick Perry: Where is he now? 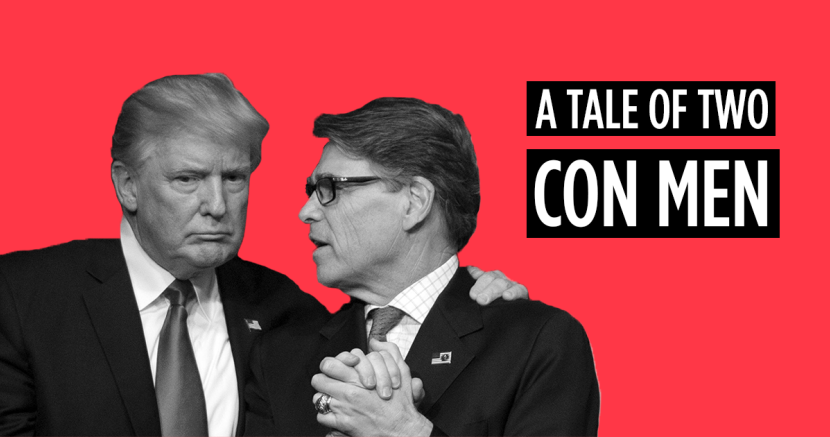 Wesley Story
Rick Perry has been out of the limelight for a while, but with one fell swoop (and a Congressional subpoena) he’s back in the public eye.

Editor’s Note: Updated Nov. 25, 2019. This blog will continue to be updated as news comes out about Rick Perry’s involvement in the Ukraine scandal.

You might remember Rick Perry from some of his greatest hits, such as his felony indictments, his failed presidential campaign, or his short stint on Dancing with the Stars. He’s the former Texas governor everybody loves to hate, and justifiably so.

That being said, Perry has managed to stay (somewhat) out of the limelight for a while — until now.

In a recent interview, Perry described Donald Trump as "the chosen one."

And to think all this time I assumed Rick Perry decided to accept a big job. I had no idea until now that he joined a damn cult. Creepy. https://t.co/i5xmJweClq

Perry is deep in this Administration, and his blind loyalty to Trump and hunger for power apparently knows no bounds.

Perry’s sweeping drama of governorship was full of mistakes, missteps, and malfeasance, so it’s no surprise that during his time as U.S. Energy Secretary, he’s managed to get caught up in Trump’s whirlwind of an impeachment scandal.

In the past few weeks, evidence has come out showing that Perry may have played a crucial role in the Trump-Ukraine incident. In an attempt to get to the bottom of his involvement, Congress subpoenaed Perry for records related to his actions in Ukraine.

However, Perry has refused to comply with his congressional subpoenas, choosing instead to cowardly evade Congress and obstruct justice. Contempt of Congress is a serious matter, and Perry should be held accountable for his actions.

According to the Associated Press, after Perry suggested his political-backer Michael Bleyzer as an adviser to Ukraine’s president, Bleyzer and a former University of Texas System regent “secured a potentially lucrative” energy deal from the Ukrainian government.

There may still be unanswered questions, but these new details and Perry’s refusal to comply with congressional subpoenas do not help his case. On the contrary, the facts are stacking up against Perry and he is beginning to look more and more guilty.

The truth will come out sooner or later, and we anticipate we’ll be adding another record to the growing list of Perry’s greatest hits.