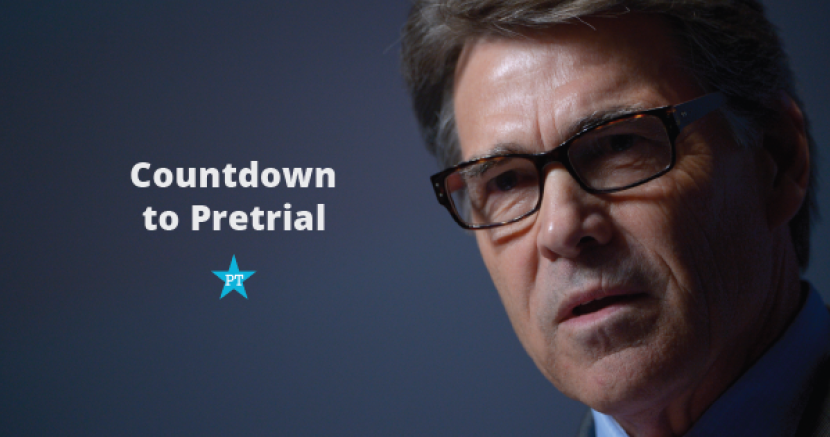 On August 15, 2014, Governor Rick Perry was indicted on two felony charges: abuse of office and coercion. The two-count felony indictment stems from Perry’s use of his veto power to coerce the resignation of Travis County District Attorney Rosemary Lehmberg.  After her conviction of driving while intoxicated, Perry threatened to veto $7.4 million in state funds for the Travis County DA’s Public Integrity Unit (PIU)—the office charged with investigating government corruption—if she did not step down. Lehmberg refused—she is an elected Democratic official, and, had she resigned, Perry would have appointed her replacement—and Perry made good on the veto. At the time of his veto, PIU was actively investigating donors associated with the officials overseeing one of Perry's signature projects, the Cancer Prevention Research Institute of Texas (CPRIT).

Progress Texas has taken the lead in consistently and reliably covering developments surrounding the investigation since the initial criminal complaint against Rick Perry was filed. We were ahead of the curve in pulling together a widely circulated, top ten list that connects all the dots: Ten Facts About #Briberygate and the Cancer Research Center Scandal

Rick Perry to be Investigated for "Political Blackmail", 4.11.14

After news broke of Perry’s two-count felony indictment, Progress Texas again led the way in broadcasting the facts and pushing back against the false narrative spun by Rick Perry’s defense team.

Why Rick Perry Will Be Convicted

What the Pundits Don’t Get About the Rick Perry Indictment

Why the Indictment Matters

Nobody Died and Made Rick Perry King

Rick Perry Might Go Away for a Long, Long Time: What Even the Liberal Media Isn’t Reporting About his Indictment