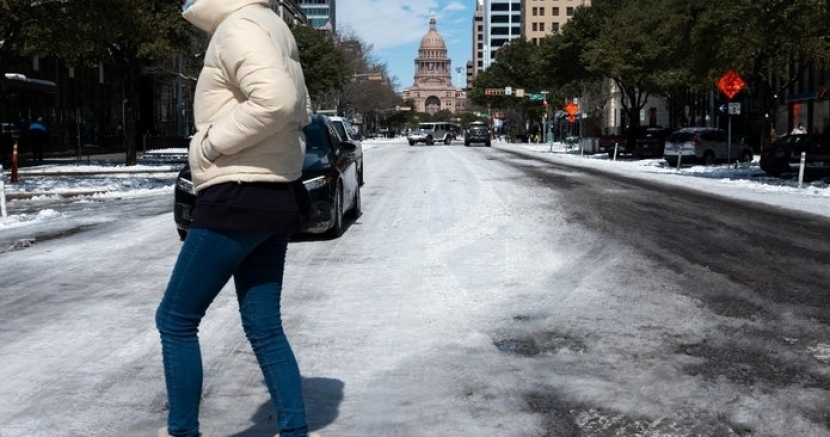 In February, Texans experienced the worst climate disaster in our state’s history.

Millions lost power, thousands went without water, and dozens of Texans died as a result of the catastrophic winter storm that our leaders failed to prepare for in advance. But while Winter Storm Uri was a once-in-a-generation, record-breaking storm, it wasn’t unpredictable.

Texans have gotten far too accustomed to record-breaking weather. Last summer, areas of Texas beat 60-year-old heat records when temperatures reached 106 degrees. In 2017, Hurricane Harvey brought the wettest cyclone on record in the United States. Many in our state still remember the drought of 2011, which was the driest year ever recorded in Texas.

Hot, cold, wet, dry — Texas’ weather is only becoming more and more extreme. As climate change continues to affect our global climate, that trend is expected to persist, and Texans will continue to experience its deadly effects.

Luckily, scientists say that it’s not too late to do something about our changing climate — but we need to act fast. Climate leaders warn that we only have about a decade to prevent irreversible harm to our planet, which means we must pass legislation today if we want to protect Texans.

While most Republicans refuse to acknowledge that climate change exists at all, progressives in the Texas legislature are fighting for our planet. By showing your support for these climate change initiatives, we can put pressure on our elected officials to do what is right for Texans and the environment. Make your voice heard and tell your representatives to support life-saving climate legislation!

The Climate, Environment, and Energy Caucus

Before 2021, there had never been a caucus in the Texas legislature dedicated to talking about climate change. This year, that finally changed. The new Climate, Environment, and Energy Caucus brings together 17 Democrats from across the state, with the goal of science-driven climate solutions.

With a Republican-controlled legislature, taking immediate action on climate change is still unlikely. However, the new caucus is hoping to promote discussions on climate issues, which have been unheard in the State Capitol for decades. In fact, the caucus has one simple goal this year — to hold at least one hearing on climate change.

The February winter storm showed us what happens when you ignore the signs of a climate disaster. The Climate Caucus is working to make sure that we’ll never make that mistake again. Ignoring climate change isn’t just uninformed — it’s deliberate and dangerous. It’s long past time we had these crucial conversations in the Texas legislature.

These bills are essential if we want to ensure a safe future for the next generation of Texans, free from climate catastrophe. Encourage your representative to support this legislation, as well as any other bill that addresses our changing climate!

Because so few Republicans will acknowledge that climate change is a real threat, the state of Texas has not studied its potential effects on our environment, health, or economy. This bill, filed by Rep. Erin Zweiner, would require the Texas Commission on Environmental Quality to create a report on the potential impact of climate change in Texas.

Announced by Rep. James Talarico days after the winter storm, the Texas Climate Action Act would mandate a plan to prepare for future extreme weather events and set emissions goals for the next three decades. It would also require the state to commission a report on climate change and regulate emissions in Texas.

In 2019, Rep. Rafael Ancia pushed for this climate change bill that Republicans buried in committee. This year, he’s filing it again. The legislation establishes a new commission to adopt climate change mitigation strategies, advise on policy issues, and identify the potential ramifications of our warming planet. It also declares that “climate change is real and is the overriding challenge of the 21st century.”

This bill filed by State Senator Sarah Eckhardt would hold the State itself accountable for addressing climate change. The Sunset Advisory Commission, which monitors state agencies, would ensure that agencies are mitigating the impacts of climate change on their activities. This bill could help ensure that our state is taking steps to prepare for extreme weather events like the 2021 winter storm.