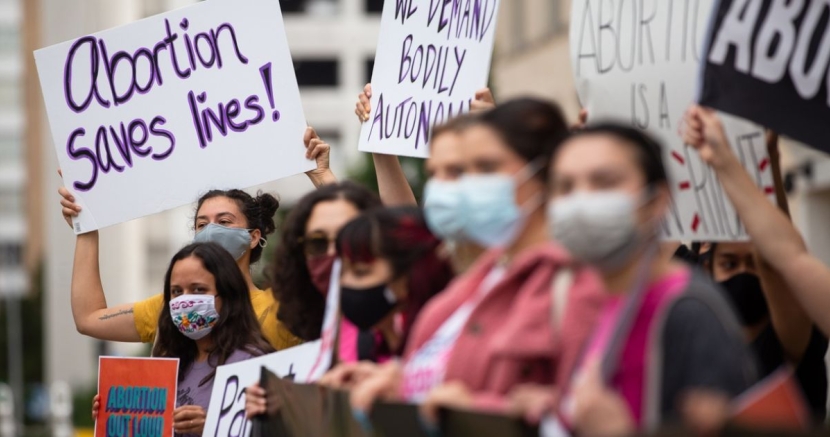 Arabella Cadena
Across the country, doctors are delaying proper treatment for miscarriages due to abortion bans.

In Louisiana, a woman was forced to endure a painful, hours-long delivery of a non-viable fetus, hemorrhaging in the process. In Missouri, a pharmacist denied a woman who miscarried medication she needed to prevent an infection. In Texas, an OB-GYN watched as their patient became sicker and sicker due to a dangerous womb infection but was unable to do anything because of the presence of a fetal electrical impulses. This is the reality of a post-Roe America.

Amid a fraught legal landscape, doctors are unable to provide their patients with fundamental care for miscarriages. When a pregnant person miscarries the treatment is either one of two things. Either a surgical procedure called a D&C, which evacuates tissue from a failed pregnancy, is recommended or medication to cause contractions—usually mifepristone and misoprostol–is prescribed.

The problem is that the treatment for miscarriages is the same as the treatment for elective abortions and because most states with abortion bans allow for exceptions if the pregnant person’s life is in danger, doctors are being forced to wait until symptoms from a miscarriage are so dire that they can justify providing life-saving medical care. Lives are being lost between the lines of ambiguous legal text.

In Texas, dilemmas such as this have been a reality for nearly a year following the passage of SB 8, the six-week abortion ban. Before SB 8 took effect, Texas resident Amanda received a dilation and curettage procedure, also called a D&C, for a miscarriage. After the law, when she had another miscarriage, the same hospital declined to perform the standard surgical procedure and sent her home to bleed out for hours in emotional and physical distress.

A recent study at two Texas hospitals reported on 28 women who were treated for dangerous pregnancies. Due to Texas law, all of the women were denied immediate treatment because fetal electrical impulses were detected. Nearly 60% of these women developed serious infections, bleeding, or other severe complications. The data from Texas illustrates the future of reproductive care outcomes for states across the country that ban abortion.

Vital to this conversation is the acknowledgement that denying elective abortions is also a form of withholding life-saving care. People will die from staying pregnant. Childbirth is about 14 times riskier than having an abortion, and a recent study found that abortion bans would increase maternal mortality by 24%. In addition, people who are turned away from getting an abortion are more likely to remain in contact with an abusive partner and homicide is a leading cause of pregnancy related deaths.

Abortion bans have repercussions that reverberate across all aspects of life for individuals capable of pregnancy. A post-Roe world is one where over half the population is at a greater risk of death simply because so-called “pro-life” politicians said it should be so. Let’s get one thing straight: Abortion is life-saving medical care.