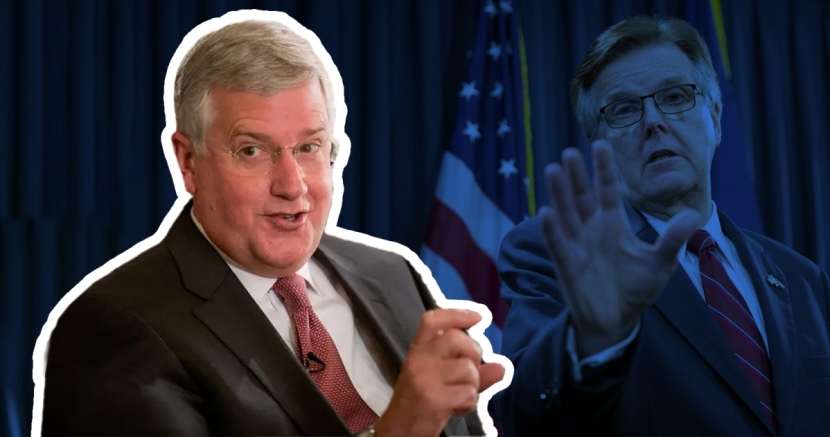 And with six weeks left until the first day of Early Voting, the polls are starting to look in Collier’s favor.

Whitley explained his endorsement on an episode of the political podcast, “Y’all-itics:”

“Dan Patrick came on the scene in 2006 with Empower Texans, and since that point in time they’ve basically declared war on local elected officials, they blamed local governments for all the property tax problems.”

Whitley quickly shut down Patrick’s critiques and continued his response in a separate Twitter thread: 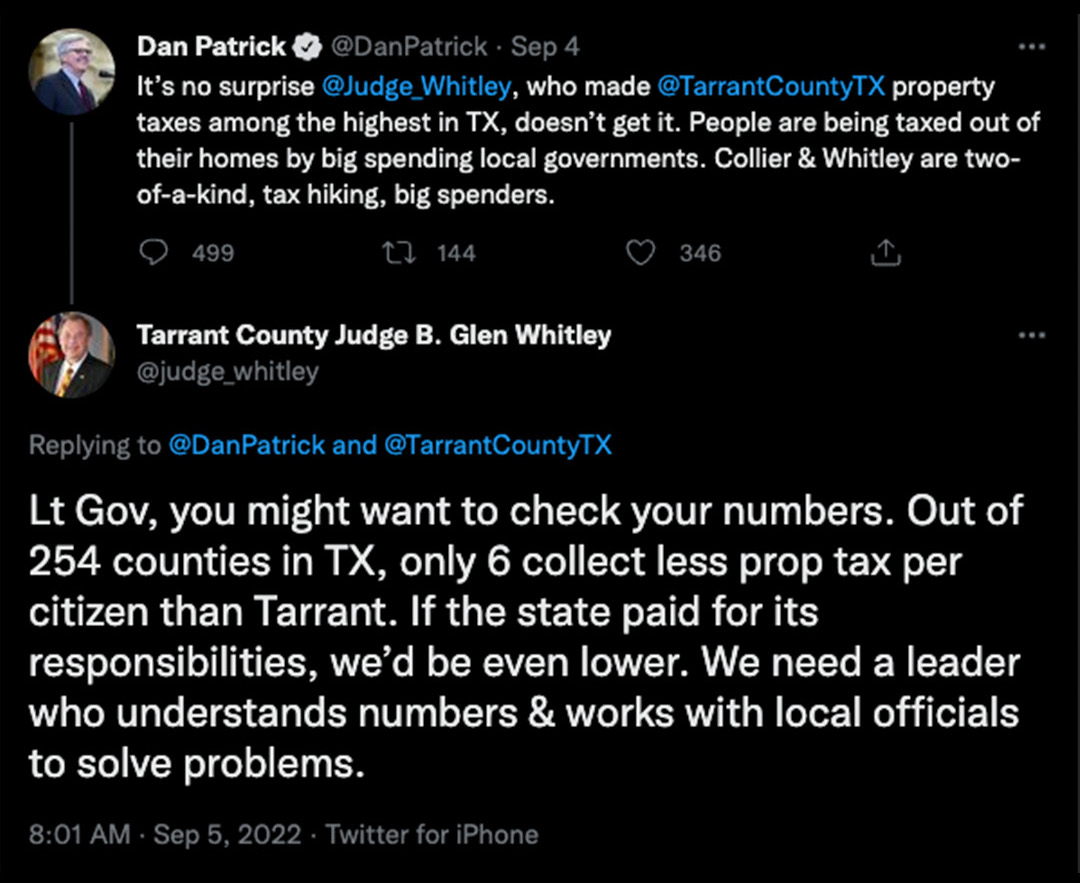 Patrick and his campaign team did not take the news well, and he never responded to Whitley’s comment directly. Instead, Allen Blakemore, Texans for Dan Patrick Chief Strategist, sent out this press release:

“The post Labor Day Dinosaur parade has begun. Knowing voters reject their big government spending schemes, Whitley and Seliger are desperately searching for relevance in an age when voters hold political leaders accountable to stand up for Texas principles.”

The one-sentence “Dinosaur parade” message was odd considering Patrick is older than Whitley and Seliger. Plus, both Republican officials are retiring this year, unlike Patrick, who insists on going for a third term.

Patrick is the one who fast-tracked our state’s current abortion bans through the Texas legislature. Only 11% of Texans support banning abortion in all cases, so Patrick is out of step with 9 out of every 10 Texas voters.

He’s majorly funded by two West Texas billionaires, Tim Dunn and Farris Wilks, pushing for extremist agendas like religious influence in schooling. Over the summer, CNN released a short documentary exposing part of the story behind the Republican party’s extremist shift. The move has everything to do with big-money donors and nothing to do with what Texans of either party want.

Where the polls stand

An internal poll by Collier’s team shows Collier within one percentage point of Patrick, and Republican political consultant Dave Carney isn’t denying the poll. A UH poll in July showed Collier a mere 5 points behind Patrick; that’s the same difference we saw on Election Day in their 2018 matchup.

A separate poll by UH/TSU released earlier this week shows Collier 6 points behind Patrick among likely voters, with 8% still undecided. Collier leads among women, Millennials, Generation Z, Black voters, Latino voters, and voters with a mixed or other ethnic/racial identity.

While public polling is in Patrick’s favor, for now, it’s clear Collier’s internal poll and rising popularity are worrying Patrick.

On Aug. 24, Patrick kicked off a 131-city bus tour across rural Texas. The video he posted on Twitter along with the announcement was embarrassing, to say the least.

Shortly after Whitley and Seliger announced their Collier endorsement, retiring “Democratic” Sen. Eddie Lucio Jr., longtime anti-LGBTQ+ and anti-abortion advocate, endorsed Patrick. As if we needed any more reasons to dislike both Lucio and Patrick.

Read more about the lieutenant governor election drama in a recent article by the Texas Tribune.

Register to vote by Oct. 11 to be eligible to vote in the midterm election. Visit GoVoteTexas.org for more information on how to register or check your status.