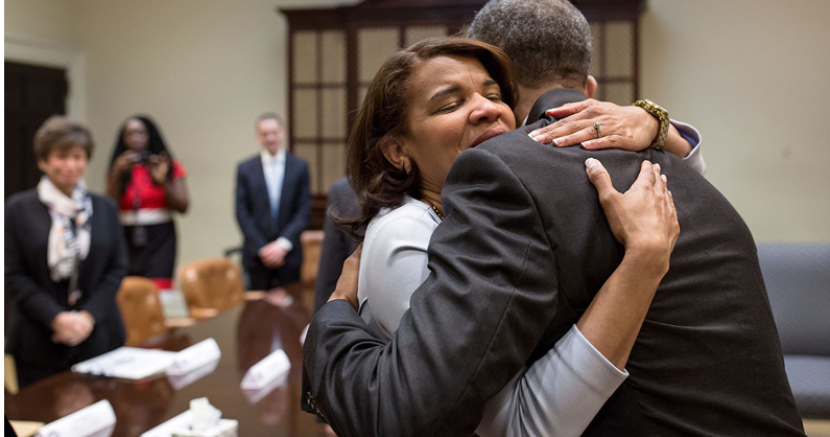 Since President Obama took office, he has issued more commutations - cutting short a person's time in prison - than the past six previous presidents combined.

Of the 61 nonviolent offenders released this week, five were from Texas. From the Dallas Morning News:

Michael W. Morris was arrested in 2002 and charged with one count of conspiring to possess to distribute and three counts of distribution of a controlled substance. He pleaded guilty to the first charge the following year and was sentenced to 20 years in federal prison. Though Morris filed to reduce his sentence in 2008, his motion was rejected. [...]

Four other Texans – Andre Ester of Houston, Curtis Greer of Rosenberg, Carol Denise Richardson of Texas City and Tairone Traniel Stanford of Buna – will also be released in July.

The trend is part of President Obama's commitment to reforming the criminal justice system, and drawing attention to unfair sentencing laws for nonviolent offenders.

Here in Texas, unfair sentencing laws are under scrutiny. As many as 70,000 Texans have been arrested for small possession of marijuana, jeopardizing their future opportunities for nonviolent offenses that pose no danger to society.

The Drug Policy Alliance, which works extensively on drug sentencing reforms, applauded the President's efforts, but noted that Congress still has work to do:

"The President is using his constitutional power, but he can only do so much," said Michael Collins, deputy director at DPA's office of national affairs. "There is legislation in the Senate that would reduce mandatory minimums and have a greater impact on the prison population, and Leader McConnell needs to bring the bill up for a vote."

There's more work Congress needs to do, but there's also more work the President can do. In 2011, Attorney General Eric Holder announced that as many as 10,000 prisoners could be release.

More than 10,000 inmates have since applied for relief, but there's mounting evidence that the Justice Department's Office of the Pardon Attorney (OPA)—which is responsible for vetting and recommending clemency petitions to the White House—has been hampered by a bureaucratic culture and broken process in which the cases of qualifying applicants often go unheard or are regularly rejected against the OPA's recommendations.

There's a lot of work to be done. Hopefully advocates will be successful with their efforts at reform, and Congress will act in a bipartisan fashion to fix the massive incarceration problem in America.

Until then, President Obama's actions and the attention he draws to the issue are a critical and historic first step.