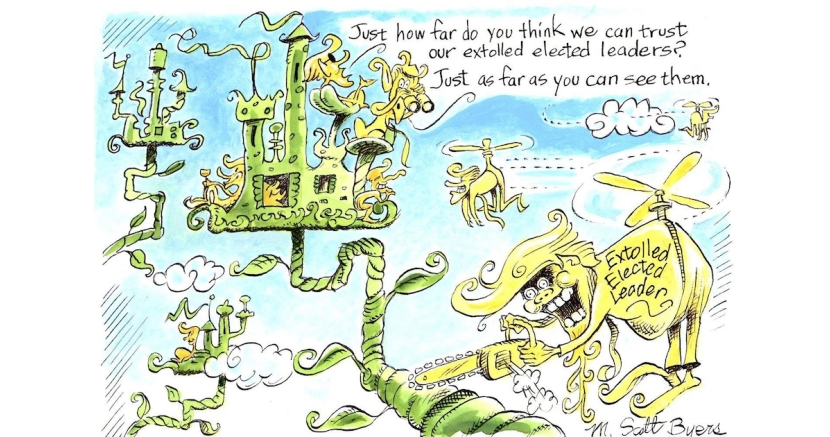 Nothing good can happen when governments keep secrets

There are no reasons governmental executive or legislative bodies at any level should meet in secret or hide documents from the public. We can grant limited exceptions for national security and privacy protections of individuals (discussion of unverified accusations, for instance).

Since the Texas Court of Criminal Appeals late last month ruled that part of the Texas Open Meetings Law is “unconstitutionally vague,” it seems important to be direct.

Having been a legislative staffer who not so many years ago attended a few secret governmental meetings, I’m pleased to inform you that most of them, most of the time, are empty exercises.

Very little happens behind the closed doors of governments, since, as noted, they are really all about affirming the status of those included and excluded. All one needs for that is a door lock, not a necessary secret or even a good idea to toss around an exclusive chamber.

The external consequences of all this very-little-happening behind closed doors, however, can be very great. For instance, as the Houston Chronicle recently reported, the School Land Board and the State Board of Education, which manage Texas’ Permanent School Fund, are so secretive they seldom share their work with one another.

The result: poor management of the trust fund costs the state’s public schools billions of dollars. Yes, you are forced to make up some of that loss with higher property taxes.

How bad is the problem of secret government? Here in the Texas Legislature, not known the last few years for its bipartisan accomplishments, Democratic state Sen. Kirk Watson of Austin and Republican Rep. Giovanni Capriglione of Southlake are proposing bills to re-open some of Texas government’s darkened vaults.

Watson and Capriglione want to bring into the sunlight state contracts and other information involving private vendors. A pair of Texas Supreme Court rulings in 2015 made state contracts much less transparent. How many billions of dollars could we have saved if we’d had open windows to crony contracts and backroom dealings?

We often hear elected officials say secret meetings can be productive because they feel more free to speak their minds. Really? Makes you wonder what’s on their minds if they can only speak it freely in private.

You know what’s really locked away by all the secrecy? Trust. A people’s trust in their government. And, annoying conspiracy nuts survive in an environment of secrecy because they are free to make up what they want.

More trust in government and fewer conspiracy nuts. Those seem like a couple of very good consequences of open governments whose records are open and available to the public upon demand.