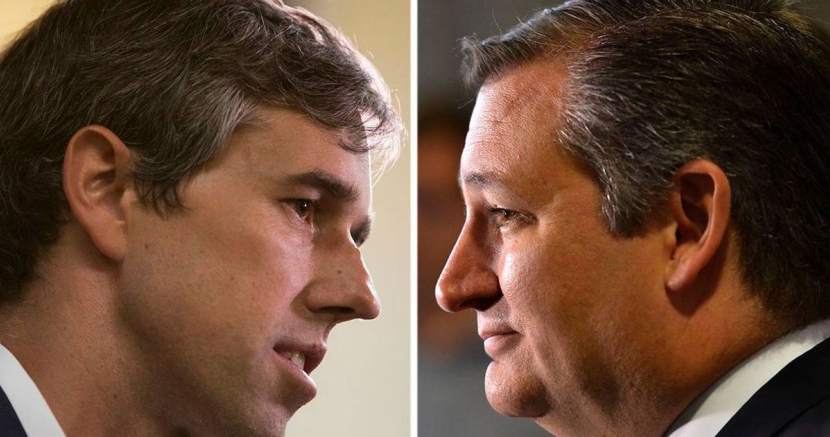 Not Surprised - Ted Cruz's first TV spot is a Lie

Pushed on his heels, Ted Cruz has launched his first ad of the general election campaign...and it's a lie. Because of course.

Pushed on his heels, Ted Cruz has launched his first ad of the general election campaign...and it's a lie. Because of course. And while we are not normally ones to repeat lies of the radical right, this one is such a whopper that it needs to be addressed.

Back in May of this year, Ted Cruz stated that Beto O'Rourke, while serving as a member of the El Paso City Council, had pushed a resolution to legalize all narcotics. That was wrong, as Beto had actually pushed a resolution urging debate on drug policy. As such PolitiFact Texas rated Cruz's claim as false.

But in Ted Cruz's latest TV spot, the narrator claims that "Beto O'Rourke said we should consider legalizing all narcotics, including heroin." This is a softer version of Cruz's previous statement but it is intentionally misleading to the point of being a lie. The claim is based on the video below and you can see for yourself what Beto said. O'Rourke never once says the word "heroin." In fact, he never said he was for ending the prohibition of narcotics:

"I'd ask that there be some language in here that would also include advocating, or looking at, re-thinking our war on drugs. Which by any measure I've looked at has been an abject failure. And also looking at ending the prohibition on narcotics in the United States. And I'm not saying that we need to do that, to end the prohibition, I think we need to have a serious discussion about doing that."

What O'Rourke is asking for is a conversation on drugs in this country, which we should be having. Both Beto O'Rourke and Progress Texas have stated that our drug laws, particularly marijuana laws, are ineffective.

We need to address marijuana policy reform in this country, in part because crimes for small possession disproportionately impacts people of color. This is such an important issue that even the ACLU and the conservative Texas Public Policy Foundation teamed up to form a coalition to address it.

Serious conversations. Ya know, the kind of thing that Ted Cruz likes to do with himself on the Senate floor but not in Texas with his constituents.

Lying to the people of Texas is just one of the many reasons why we need change in Texas. To learn about more of the reasons why Cruz has got to go, check out Humans Against Ted Cruz.