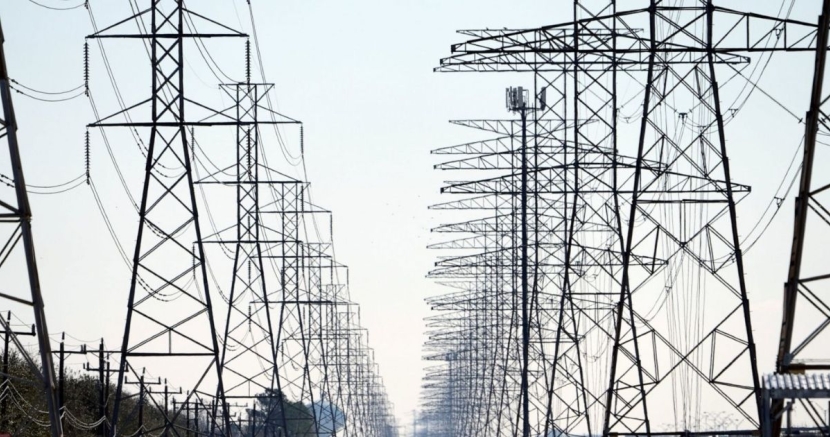 To keep the lights on in Texas, we need to change the power

An update on the Texas Legislature’s handling of our state’s energy crisis.

With less than a month left in the Texas legislative session, lawmakers are still working to solve the energy crisis that crippled our state just two months ago.

Our energy system has been showing cracks for decades, but in February, those cracks finally gave way.

As our state was plunged into darkness, millions of us had to brave the storm with no power, heat, gas, or water. Nearly 200 Texans died as a result, making Winter Storm Uri one of the worst natural disasters in the past century.

After the crisis was over, most Texans believed the days of power failures and blackouts were behind us. But when ERCOT told us to conserve energy on a warm spring day in April, we realized that might not be true. Experts are already warning that the summer heat could bring more blackouts in the coming months, and extreme heat may leave millions without power once again if demand for energy outpaces the supply.

The potential for future power outages leaves many Texans asking: What is the Texas legislature doing to solve the problem? And what needs to happen in the future to prevent more crises like these? The short answer is that it's complicated, and we need long term change to protect our grid from severe weather and Republican leadership.

How does the Texas power grid work?

Thanks to the deregulation of our energy system, the Texas power grid is a complicated web of different power and transmission companies. Those companies handle the supply and flow of energy to all of us, and they’re managed by the Electric Reliability Council of Texas (ERCOT). ERCOT is regulated by the Public Utility Commission (PUC), which is appointed by Governor Greg Abbott, the person responsible for making sure the whole system works like it should.

What happened after the winter storm?

The immediate days following the winter storm had energy leaders across the country packing their (virtual) desks. Seven ERCOT board members resigned, while an eighth withdrew his name from consideration for a board position. The PUC chair submitted her resignation after calls from Dan Patrick and other legislators, ERCOT’s CEO was terminated by its board of directors, and the PUC commissioner resigned days later.

At the end of the chaos, Abbott pledged that ERCOT reform would be an emergency item at the Texas legislature. But while the nonprofit should be held accountable for parts of our grid failure, Abbott has avoided bearing any responsibility for the hundreds of deaths that occurred under his oversight.

What is the Texas Legislature doing right now?

In the Texas Senate, Senate Bill 3 mandates winterization of our energy system in Texas. It also establishes an emergency alert system to notify Texas residents of power outages, as well as an emergency pricing program to regulate electricity prices during disasters. The bill has already passed the Senate and is pending a vote in the Texas House.

The Texas House has split their winter storm response across several bills to address the energy crisis. The legislation requires energy companies to prevent blackouts and seeks to improve communication with the public during disasters. However, experts have criticized the legislation for not going far enough to protect against emergencies. Most of the legislation at the legislature addresses the supply of energy, from new regulations and requirements for our energy system. But experts say that addressing the demand is crucial to prevent future blackouts. With Republican leaders distracted by attacks on voting rights, abortion rights, trans rights, and more, it’s not certain that we’re going to see the changes necessary to solve the crisis.

Legislators have also pushed legislation to tackle the costs incurred from the energy crisis, although a final solution hasn’t been finalized. Abbott has proposed that taxpayers should shoulder the costs of winterization, while other lawmakers say that private companies should foot the bill. Texans are not responsible for these failures and should not be responsible for fixing the mess that failed Republican policies created.

What needs to happen in the future?

While immediate reform is needed to winterize our grid and protect Texans from another disaster, it’s clear that long-term changes need to be made. In 2022, that starts with getting rid of Gov. Abbott, Lt. Gov. Dan Patrick, Attorney General Ken Paxton, and all the Republican leaders who led us straight into this crisis. We had the chance to winterize in 2011, when federal regulators told our leaders that severe cold weather could have deadly consequences if they failed to act. They refused to respond, and Texans died as a result.

There’s also the legacy of deregulation, a cause Republicans still champion to this day. Texas is the only state with our own power grid, mostly to avoid federal regulation and encourage competition in the energy industry. But while Texans across the state froze, those in East Texas and El Paso braved the weather with their lights on, since those areas are connected to the national grid.

Lastly, we need to attack the problem at its root — climate change. The February disaster was caused by a severe weather event, which will become much more common as climate change continues to impact our globe. Republican legislators were quick to blame renewable energy for the power failure, but in fact, more natural gas and coal went offline during the storm. Unless we invest in clean energy and plans to protect our climate, we can expect disasters worse than this one in the coming decades.

Severe weather and Republican leadership both pose grave threats to our energy grid. It’s time to tackle both problems head-on to protect Texans.