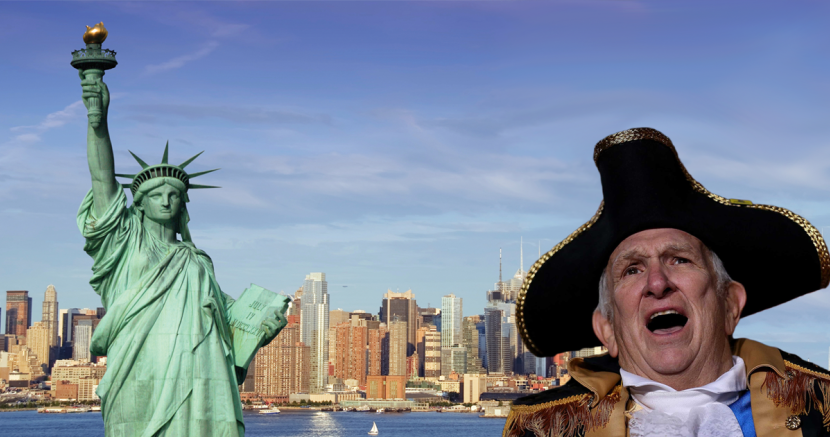 How to Talk to That Facebook Friend About Syrian Refugees

America is a nation founded by refugees and built on values of freedom, opportunity, and tolerance. That’s why it’s so fitting that the Statue of Liberty reads, "give me your tired, your poor, your huddled masses yearning to breathe free."

Unfortunately, some politicians still can’t help but pander to their political base, refusing life-saving assistance to those most in need.

So whether it's that old classmate on Facebook, a relative at the dinner table, or Ted Cruz...we've got ya covered.

You say: This is a global problem being tackled by countries all over the world. As world leaders, it is our responsibility to lead by welcoming victims of terror and war. Other countries are welcoming in the vast majority of the more than 4 million people who have fled Syria. The 10,000 refugees the U.S. plans to accept represents a small but enormously meaningful contribution to this global crisis.

As Texans, we are part of that global community, as the Houston Chronicle pointed out when highlighting our rich tradition of welcoming refugees and establishing communities of Germans, Czechs, Cubans, Mexicans, and Jewish people.

Facebook Friend Says: Those refugees could be terrorists - better safe than sorry!

You say: Syrian refugees aren't terrorists, they are the victims of terrorism, fleeing the same types of atrocities we witnessed in Paris last week. Syrian refugees entering this country already undergo the most intensive vetting and screening procress of any group — from the State Department, Homeland Security, the Consular Lookout System, the FBI, Immigration Services, and more.

In a statement on why he voted against the bill that would change the current refugee screening process, U.S. Rep Beto O’Rourke from El Paso wrote: “[it] is not only unnecessary; it is counterproductive and will potentially undermine the security of this country.” And just today, a Republican governor who is trying to block refugees from entering his state could not name a single problem with the current screening process.

Facebook Friend Says: I still don’t see the problem in delaying these refugees.

You say: When we delay and reject the entry of Syrian refugees we help ISIS — we prove their recruiting ploy that argues the West is intolerant to Muslims.

Syrian refugees already face the most scrutiny of any refugees, and delaying their entry even further only puts their lives at risk. It takes one to three years for a refugee to be admitted. Of those Syrian refugees who have gone through that intense screening process so far, 75% have been children or seniors.

You Say: Religion doesn’t promote violence, bad people promote violence. But while there are bad apples everywhere, blaming all Muslims for terrorism is like blaming all actors for Adam Sandler films. The #NotInMyName movement is an excellent example of Muslims showing the world how most followers of Islam understand and practice their faith.

You say: While the Governor is falsely asserting power that he doesn’t actually have, Abbott’s actions are dangerous: he is propagating fear and signaling that an entire community of people are terrorists, which is obviously not true. Elected officials should offer character and leadership on important issues, not irrational intolerance aimed at pleasing primary voters. His bigoted actions subject communities to unfair harassment.