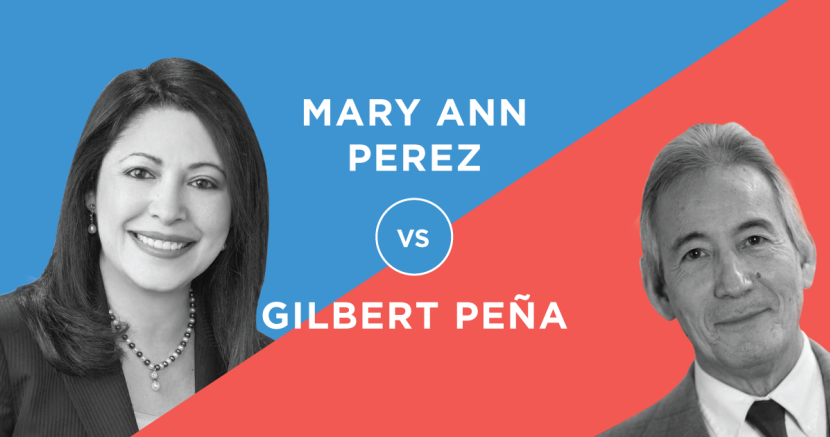 Phillip Martin
Endorsed by Houston Chronicle, Perez is Leading With Positive Vision for Future of Texas

In a competitive State House race in Houston, the choice between Democrat Mary Ann Perez and Republican Rep. Gilbert Peña couldn't be any clearer.

And importantly, we can’t stress enough how much every vote in this district matters. Peña won his seat in 2014 by only 152 votes.

Mary Ann Perez, endorsed by the Houston Chronicle, is an advocate for tuition-free community college, job training for Houston's energy community, and increased funding for children in public school.

Meanwhile her opponent, Peña, is an over-the-top Republican who can't be trusted -- much like his fellow Republican, Donald Trump. It got so bad last session that Peña was branded a "loser" who pushed anti-LGBTQ legislation that was called "a waste of time" by the Houston Press.

Though the choice between Perez and Pena is an obvious one, the total collapse of Donald Trump over the last month has made the race even more likely to return to the Democrat's side in the coming weeks. From the Houston Chronicle:

While most Republican candidates in local races remained publicly quiet Monday about Trump - even those who have endorsed him - political scientists and consultants for both parties predicted the GOP could perhaps lose up to a dozen state House races and even top Houston offices like district attorney, sheriff and tax assessor, plus several judgeships.
"The epicenter of Trump's down-ballot collateral damage could well be Harris County," said Rice University political scientist Mark Jones. "Depending on the turnout, Democrats could sweep Harris County completely or almost completely."