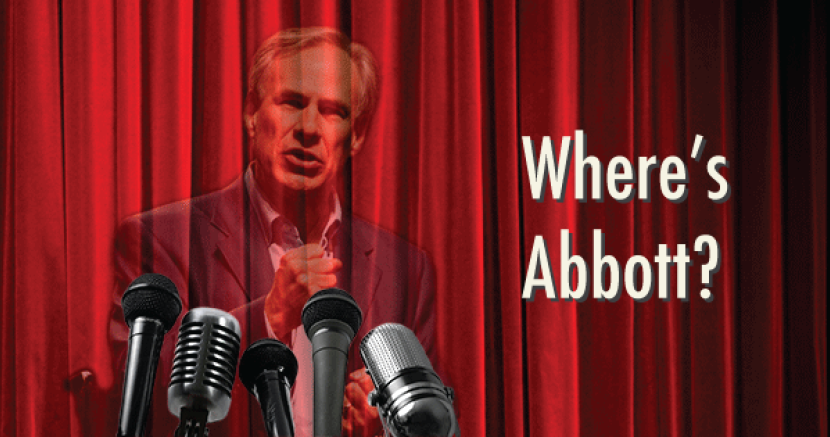 Texas Attorney General Greg Abbott is picking and choosing which laws he cares about based on how it impacts him politically.

On April 25, 2014, State Rep. Joe Deshotel asked Abbott to rule on whether or not Rick Perry can use taxpayer funds to pay the legal bills for the grand jury investigation that led to his indictment. To date, Perry has charged taxpayers $133,000 for his high-priced lawyers with cheap excuses.

Abbott has refused to speak on the ruling.

So he doesn't care taxpayers spending $133,000 on Perry's exorbitant legal defense. But when it comes to attacking Sen. Wendy Davis, Abbott just can't help himself.

Greg Abbott, somehow with a straight face, is asking the Texas Ethics Commission if Senator Davis' book tour to promote her book, Forgetting to Be Afraid, violates any laws. Seriously:

Andrew Wheat, research director with Texans for Public Justice, says he’s unaware of a precedent for this complaint and said Davis’ tour seemed very similar to Gov. Rick Perry’s 2010 promotional tour for his book, "Fed Up.”

Wheat added that AT&T, a corporation, purchased 700 copies of Perry’s book to give to legislators.

He suggested if Perry’s book events were lawful Davis’ probably are as well.

Greg Abbott - eager to defend himself and ignore the rest of us.