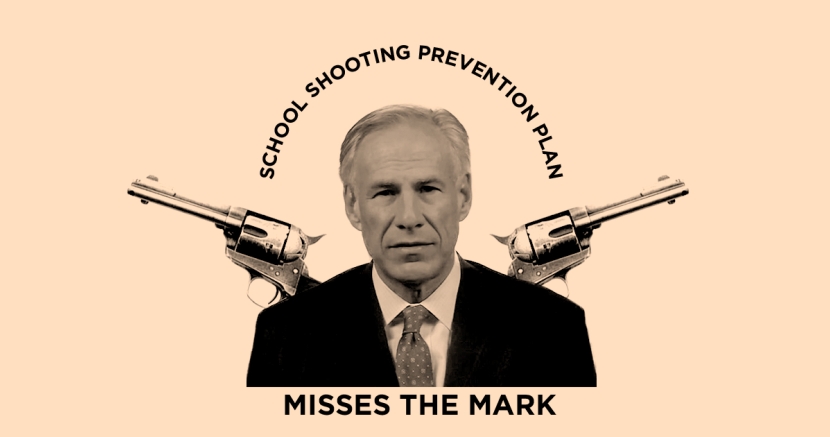 While the Governor did unveil a lengthy list of policy changes, some of which were positive small steps – from investing in crisis counselors, to beefing up law enforcement at schools – little was done to enact meaningful gun reform.

Originally, Governor Abbott did ask legislators to “consider the merits of adopting a red flag law” while “maintaining the highest standards of due process.”

Red Flag Laws empower family members and law enforcement to obtain an Extreme Risk Protection Order that would temporarily restrict an individual's access to guns when they pose a danger.

Sadly, when Abbott’s NRA backers got wind of the proposal, it was quickly retracted. He is more concerned with the money he raises from the gun lobby than the lives of students across this state who live in fear of being the next Columbine, Stoneman Douglas, or Sante Fe.

If Abbott really wanted to prevent school shootings, he would stand up to the NRA and pass laws that would protect our students.