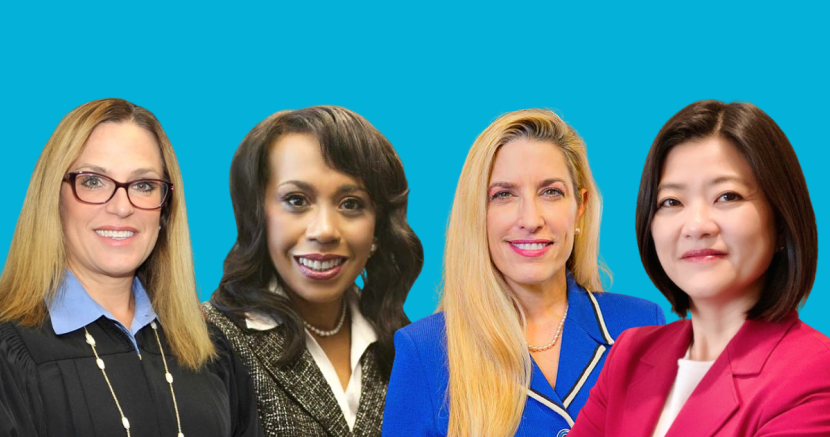 Lisa Nhan
Democrats haven’t won a seat on the Texas Supreme Court in two decades. In this election, there are four women who can help change the Court’s make-up and help build a better Texas.

During the pandemic, the Court stopped voting by mail for all Texans and said lack of immunity to COVID would not qualify for a mail-in ballot based on disability. The Court also blocked Harris County from sending mail-in ballot applications to voters. When the Court wasn’t preventing Texans from voting safely, they allowed evictions and debt collections to resume in May, as more than 1.9 million Texans filed for unemployment. All of these decisions were made as the nine Republican judges worked from home.

The Texas Supreme Court has the final say on all state civil and juvenile cases, giving them jurisdiction over matters like voting rights, civil rights and worker’s rights. While some of these decisions can be reviewed by the national Supreme Court, only about 100-150 cases of the more than 7,000 cases are picked by SCOTUS in a given year. That means that a vast majority of the rulings made by the Texas Supreme Court are final.

Currently, seven of the nine justices were first appointed to their roles by former Texas Governor Rick Perry or Gov. Greg Abbott. It’s been more than two decades since Democrats have won a seat on the Court, and this is the election to change that.

Here’s a look at four women running for the Texas Supreme Court and how electing them can help us build a better Texas:

Meachum is running to be the first woman Chief Justice on the Texas Supreme Court. She’s the first woman to ever run for the seat and is running against incumbent Chief Justice Nathan Hecht. Meachum currently serves as a civil district judge for the 201st District Court of Travis County and has served in the role since January 2011. In her time as a Volunteer Legal Services of Central Texas board member, she has been awarded for her pro bono work to help Texans get access to basic legal services.

“We need a system of justice that respects the Constitution, protects the vital role of citizen juries, and addresses the economic barriers that too often prevent women, persons of color, and working families from seeking and obtaining justice,” Meachum said in an interview with the Houston Chronicle.

Cheng is running for Place 6 in the Texas Supreme Court, against current Texas Supreme Court Justice Jane Bland. If elected, Chang would be the first Asian American female in the Court’s history. Cheng has been a lawyer for 20 years and served as a part-time hearing adjudication officer in Houston. In addition to her legal career, Cheng believes her own multi-cultural background will help her serve the interests of all Texans.

“I know how important it is to effectuate justice for all because I’ve been there. I’m an immigrant, a single mom, foremost, a proud American by choice who believes in giving true meaning to the phrase, ‘justice for all,’” Cheng said on her website.

Triana is running for Place 8 in the Texas Supreme Court, against current Texas Supreme Court Justice Brett Busby. Triana is currently a judge in the Third Court of Appeals and has an extensive legal background with 24 years on the bench. If elected, she would be the only member on the Court who has served in every level of the Texas trial courts and the Court of Appeals.

“My long experience as a judge at every level of Texas courts has taught me that we need a judiciary that guarantees a level playing field—a judiciary that does not put special interests ahead of everyday Texans in crucial issues like health care, a clean environment, social justice and the need for honest economic dealing,” Triana said on her website.

Williams is running for Place 7 in the Texas Supreme Court, against current Texas Supreme Court Justice Jeffrey Boyd. She currently serves as a judge for the Texas 101st District Court. Her previous experience includes being a trial attorney and administrative judge in the Equal Employment Opportunity Commission. Williams created the Citizens’ Civil Academy to help Dallas citizens understand the civil court system. If elected, she would be the first Black female judge to serve in the Court’s history.

“While I understand the significance of this visual in terms of representation, I commit to judging fairly. I am a product of a once-segregated Texas. I plan to lead by example in making the court open and transparent and will make it a priority of the court to investigate all allegations of bias,” Williams said in an interview with Law.com.

She’s been endorsed by Texas AFL-CIO, Black Lives Matter Houston, Texas Democrats with Disabilities and others.

For more information on how to vote in this election, visit GoVoteTexas.org.