Families Are Being Torn Apart in Our Own Backyard 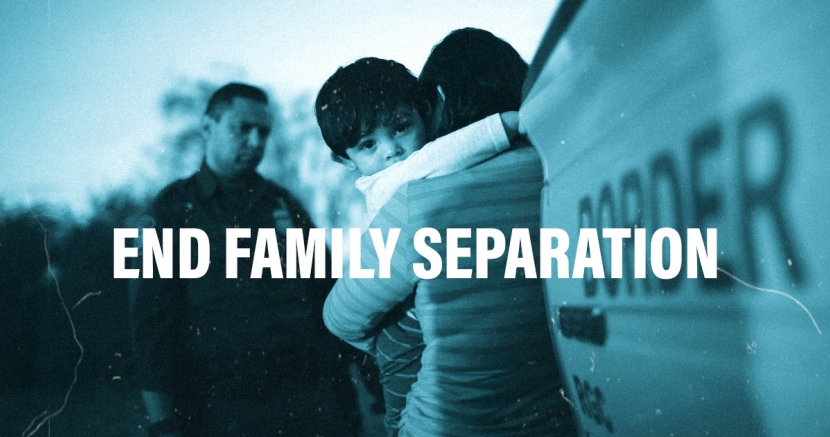 Wesley Story
The Trump administration’s ‘zero tolerance’ policy is a gross violation of human rights and moral decency. And what’s worse? This horrifying treatment of children is happening in our own backyard.

Starting in May, the Trump administration began a new ‘zero-tolerance’ policy that calls for the separation of families seeking asylum by crossing the border. Parents are referred for prosecution while children are placed either in the custody of a sponsor or held in a detainment facility. And Trump and Attorney General Jeff Sessions haven’t stopped there. Sessions announced Monday that he is limiting who can qualify for asylum, denying asylum to victims of gang violence and domestic abuse and potentially barring thousands from getting it.

During a two-week period in May, more than 650 children were separated from their parents. Those numbers and the horrific stories of families torn apart continue to grow.

A mother was told her daughters were being taken for questioning. She hasn’t seen them since. Texas Border Patrol agents tell migrant moms they’re taking their children to bathe, but separate them instead. A Honduran father killed himself in a Texas jail after being separated from his wife and child. Migrant parents told a congresswoman they could hear their children screaming for them in the next room. A son was separated from his father and kisses photos of his parents that are taped on the wall by his bed every night. Every day José, a 5-year-old, asks his foster family “When will I see my papá?” A mother and her son were separated for over 9 months before they were able to see each other again.

These stories are becoming the norm as more and more families are separated at the border because of this administration’s inhumane policies.

The family separation policy is neither moral nor required by law.

The United Nations human rights office called on the Trump administration to “immediately halt” its policy of separating migrant children from their parents. The UN said there is “nothing normal about detaining children.”

“The US should immediately halt this practice,” spokeswoman Ravina Shamdasani told reporters. “The practice of separating families amounts to arbitrary and unlawful interference in family life, and is a serious violation of the rights of the child. The use of immigration detention and family separation as a deterrent runs counter to human rights standards and principles.”

The children are being held in government custody in facilities that are not designed for young children and being torn apart from their loved ones. A new report by the ACLU shows that children and youth are being subjected to violent abuse and neglect at the hands of Border Patrol.

Many of the children being held have spent more than 72 hours in custody, which is the limit for immigrants of any age to be held in the government’s temporary facilities. This includes children younger than 12, who are classified by the Department of Homeland Security as “tender age children.”

This horrifying treatment of children seeking refuge is revolting, but it is not surprising. Trump has called immigrants “animals” and rapists. Meanwhile, his own agents are the ones committing unthinkable acts of violence against defenseless children.

It’s hard to imagine a world where any decent human being would not be immediately disgusted by these practices. Not only is the ‘zero tolerance’ policy a gross violation of human rights, but it is also a violation of moral decency.

In addition to the immorality of the policy, there are no legal grounds to justify separating families.

Trump has said Democrats need to end the law that separates children from their parents. However, the Trump administration is to blame for the cruel new policy. Contrary to Trump’s claims, there is no law mandating the separation of families.

Referring immigrants for prosecution is not new policy, but prior administrations did not enforce the practice the way Trump has. Before Trump came into office, families were detained together, sent back immediately or paroled into the country.

These violations of basic human rights are happening in our own backyard.

Oregon Sen. Jeff Merkley posted a video showing he was denied entry to a Brownsville detention center holding migrant children who had been separated from their parents while trying to enter the country.

Texas has the highest number of immigrants detained by state and is home to at least 24 immigration detention facilities.

Texans should be marching on the streets, calling our representatives and doing whatever is in our power to bring these families back together. Meanwhile, Texas legislators should be denouncing this policy and the Trump administration. We are a country of immigrants. None of us should rest until our immigrant brothers and sisters are given the rights all human beings deserve.

Once again, the lives of innocent people are at stake due to the actions of our government.